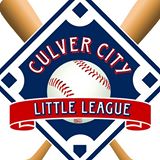 After a brief hiccup against defending champion West L.A., the Culver City 10/11 All Stars defeated powerhouse Ladera 6-0 on Tuesday, eliminating Ladera from the tournament.

Culver City ace right hander Andy Perez was on his game, throwing a complete six inning game in just 70 pitches. Perez dominated, striking out nine, allowing just three infield singles, and didn’t walk a batter. Ladera did not get a runner past first base in the game.

Culver City next plays on Monday, July 6 against the winner of the Beverly Hills v. Malibu game. Monday’s game is at 5:00 pm at North Venice Little League.