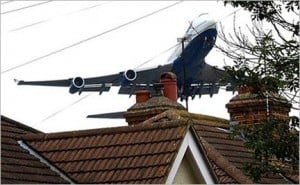 The City Council wants the community to be aware that the Federal Aviation Administration (FAA) has announced its intention to release a Draft Environmental Assessment (Draft EA) related to the implementation of the Southern California Metroplex on June 10, 2015. The City has posted the information received from the FAA on the City’s website at the above link.

Once the Draft EA has been released, the FAA will accept comments on the document for a 30 day period. Individuals are eligible to provide their comments directly to the FAA (1) in person at one of the workshops scheduled to be held (see the documents at the above link for locations), and (2) via e-mail or USPS. The FAA has created the following website for this document: www.metroplexenvironmental.com

Interested persons may comment on the Draft EA by contacting the FAA directly (see above) or by sending comments to the City no later than JULY 6, 2015 (so the City has a few days to compile and send the comments to the FAA) via one of the following methods:

For more, go to www.culvercity.org/en/Articles/Lax_053115.aspx