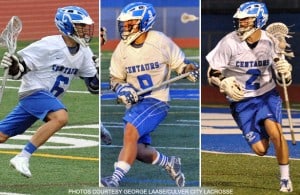 All-Ocean League, the local standard for Lacrosee the set end of the season rankings with Culver Cit coming in second to El Segundo at the top of the list. Lacrosse Coach Brooks Roscoe of El Segundo (13-5) was named Coach of the Year.

The El Segundo boys lacrosse team captured the Ocean League title in its first season in the league, defeating Culver City 12-11 in its regular-season finale in May.

Ffteen of the 25 players selected All-Ocean League are underclassmen, which bodes well for the strength of the league going forward.