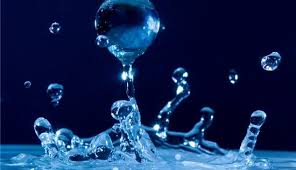 With a mandatory average conservation rate of 25 percent beginning this month for all state residents, the State Water Resources Control Board (State Water Board) announced that Californians in cities and towns increased their water conservation to 13.5 percent in April.

In addition, nearly 400 water suppliers responded to a first-ever enforcement report, indicating a high level of local activity to respond to reports of leaks and suspected water wasting.

“We hope the improved conservation rate for April shows that residents and businesses stepped up to begin to meet the call for greater conservation in the face of this historic and ongoing drought,” said State Water Board Chair Felicia Marcus. “While these results are a step in the right direction, there are still too many lush landscapes where irrigation must be reduced to meet the 25 percent statewide reduction mandate. We see conservation gains in all regions of the state, but we don’t know whether it was because of cooler weather or concerted action. In particular, the South Coast demonstrated significant improvement, but the real test will be what happens as we move into the hot and dry summer months, when we need to keep the sprinklers off as much as possible.

In the most recent survey of nearly 400 urban water suppliers, the amount of water saved by the state’s large urban water agency customers statewide increased from 3.9 percent in March to approximately 13.5 percent in April, in same month water use comparisons of 2015 to 2013. The year 2013 serves as a baseline to determine water savings statewide since the 2014 emergency water conservation regulations have been in effect. The cumulative statewide percent reduction for June 2014-April 2015 (11 months) is 9 percent.

The regulation adopted by the State Water Board on May 5 uses a sliding scale, so that communities that have been conserving water will have lower mandates than those that have not conserved this past year and/or over the last decades since the last major drought. The regulation places each urban water supplier into one of eight tiers which are assigned a conservation standard, ranging between 8 percent and 36 percent.

Each month, the State Water Board will compare every urban water suppliers’ water use with their use for the same month in 2013 to determine if they are on track for meeting their conservation standard. Local water agencies will determine the most cost effective and locally appropriate way to achieve their standard. The State Water Board will be working closely with water suppliers to implement the regulations and improve local efforts that are falling short.

“Whether 12, 24, or 36 percent, these reductions are achievable if we reduce our outdoor irrigation, fix our leaks, and think about our water use every day,” said Marcus. “We know that when people pay attention to their water use they can make significant reductions, so we need everyone to make conservation a part of their summer routine. A quarter of water suppliers statewide still allow 7 days a week watering, which is not sending the right message when on average 50 percent and in some cases 80 percent of urban water use is on outdoor landscapes. This summer, watering lawns should be the exception rather than the rule, while we reserve our precious landscape water for trees.”

In March, the State Water Board renewed an emergency regulation, first adopted in July 2014, which require water districts to report water use every month to the State Water Board. The renewed emergency regulations monthly reporting requirements were expanded to include the limit on days for outdoor irrigation and a description of compliance and enforcement efforts. Based on the first full month of enforcement and compliance, in April (395 urban water suppliers reporting):

22,173 formal warnings were issued for water waste by 260 suppliers statewide;

838 penalties were issued by 43 suppliers statewide;

12 (3%) suppliers reported that mandatory restrictions are not in place;

Monthy residential water savings statewide were 13.5 percent in April compared with April 2013. That is up from the 3.9 percent water savings in March compared with March 2013. Broken down by hydrologic region, the results show that all parts of the state showed savings improvements compared to March.