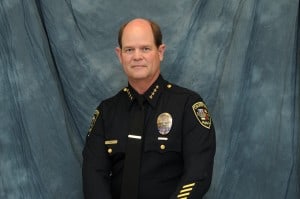 Chief Scott Bixby, Culver City’s Chief of Police will be speaking at this months Democratic Club General Meeting at 7pm on Wednesday, June 10th. The meeting is free and open to the public at the Rotunda Room of Veterans Memorial Building, 4117 Overland Ave. Refreshments will be served at 6:45.

Chief Bixby is a long time resident of Culver City and veteran of our community Police Department. As a youth he attended Braddock Elementary School, El Rincon, Culver City Junior High, Culver City High School and West Los Angeles Community College. Chief Bixby’s first interest in law enforcement was when “Policeman Bill”, a bigger than life hero, came to his first grade class. He joined Culver City Police Department’s Explorer Program in 1974, at the age of 15, hired as a Community Service Officer in January of 1980 and later that same year was promoted to Police Officer. He has worked uniformed patrol, traffic enforcement, motor officer, investigations, local and federal narcotics task forces. During his 20 years of local service he had attained the ranks of Sergeant, Lieutenant, Captain, Assistant Chief before finally becoming Chief in 2014.

For more information, Culver City Democratic Club is on the web at www.culvercitydemocraticclub.org and can be reached by phone 310 398 5328, email: [email protected]