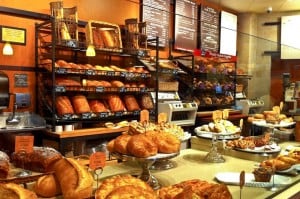 Panera Bread is cleaning up its menu. The national chain that recently moved into the space long occupied by the Roll’n Rye Deli is looking to draw more diners by dropping GMO and synthetic ingredients from their food.

Panera Bread will drop or change 150 of the 460 ingredients on its menu to fit new standards to provide a healthier dining experience to customers.

In an interview with Fortune, Panera CEO Ron Shaich said banning ingredients like saccharin, aspartame, synthetic benzyl peroxide, and maltodextrin is what customers want. “Consumers are looking for alternatives that are less processed,” he said. The company published it’s so-called “No-No List” (link below) on Monday, May 4, 2015 and hopes to have all “clean” ingredients by 2016.

The company is the latest to jump on the trend of shifting its menu to more natural ingredients. Chipotle announced recently it would no longer be using genetically modified ingredients, and both McDonalds and Tyson Foods (one of the nation’s biggest poultry suppliers) recently banned the use of human antibiotics in their poultry.