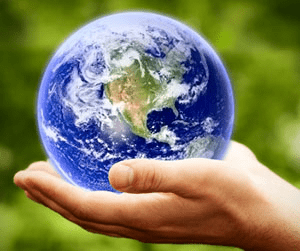 Culver City Unified School District’s Green5 campaign group has spearheaded a variety of Earth Day projects throughout the District. The Green5 group, composed of teachers, students, parents and more, is designed to increase awareness about recycling, reducing energy consumption and reusing materials on-site. The goal is to educate all participants and as a by-product save the school district money and, in addition, reduce the amount of district-produced trash that is going to the landfill by 25%. Middle and high school students participate in the advancement of this initiative through community engagement activities and school awareness campaigns.

* On April 9, Global Sustainability and English teacher Karen Lanier, Principal Veronica Montes and Environmental Sustainability Committee Co-Chairs Shea Cunningham and Todd Johnson conducted a pre-Green5 waste audit at Culver Park to determine how much landfill waste and recycling (if any) was happening on that campus. Green5 found that over a three-day period, Culver Park had 68.8 lbs. of landfill trash, with no recycling. Another audit will be conducted before the end of this school year to determine if the Green5 program and new sorting stations will significantly increase recycling and composting rates. The group anticipates that at least 2/3 of the campus’ waste will be diverted from the landfill. In addition, a Green5 My Actions Count survey was administered to the students to track changes in their Green5-related behaviors. Another survey will be administered at the end of this school year.

* On April 13, the Green5 was officially launched at Culver Park. Green5 banners, posters and sorting stations were installed and CCUSD Sustainability Coordinator Shea Cunningham held an interactive assembly for the students. A majority of participants made a goal of becoming a Zero Waste Campus (which means no more than 10% of waste going to the landfill).

* This means CCUSD avoided emitting a lot of climate change-inducing greenhouse gases – nearly five million pounds of carbon dioxide, nearly 8,000 pounds of nitrogen dioxide and more than 18,000 pounds of sulfur dioxide that was not emitted

* This is the equivalent of planting nearly 5 million tree seedlings grown over 10 years!

* The project also saved CCUSD more than $700,000 by becoming a generator of renewable energy.

* At CCMS, ASB students (led by ASB Teacher Monica Vielman) and the Green5 Club (led by Green5 Club Teacher Leslie McVay) will host an Earth Day event on Tuesday April 21. The event will include: a recycling quiz (to be entered in a raffle to win a skateboard), recycling games, and a collective recycled art project.

* Led by Senior Evan Dumas at CCHS, the Green5 and Ballona Creek Renaissance Clubs are hosting a Zero Waste Spaghetti dinner on Friday, April 24 from 4 to 7 p.m. in the Cafeteria. Tickets are $5. In addition, facts about Reducing, Reusing and Recycling are being announced all week.

What You Can Do?

* Landfills are the largest human-made emitters of the greenhouse gas (GHG) methane (CH4) in the U.S. – representing about 35% of total GHGs. Methane as a greenhouse gas has 20 times the potency of carbon dioxide (CO2). By reducing our landfill waste across CCUSD we are making a BIG positive impact for our community and the environment!

* Get involved and join the Environmental Sustainability Committee!