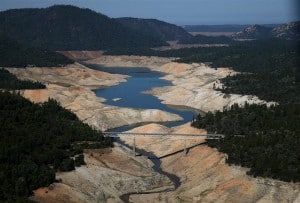 “As you are aware, on April 1, California Governor Jerry Brown issued an Executive Order requiring the State Water Resources Control Board to implement measures to cut the state’s overall water usage by 25%. As a water wholesaler serving 17 cities throughout the South Bay, West Basin Municipal Water District (West Basin) is well-suited to respond to this order and will be assisting its cities and retail water agencies in their efforts to implement the water saving programs called out by the Governor.

West Basin has been reducing potable water use for more than two decades through its recycling and conservation programs. By investing over $600 million in recycling and conservation projects, West Basin has reduced per capita water use by 27% throughout its service area. Recently, West Basin passed the 165 billion gallon mark of recycled water production during its 20th year of water recycling operations at the Edward C. Little Water Recycling Facility.

As we face one of California’s most historic droughts, we are encouraged by the Governor’s support for investments in local water supply projects including recycling and ocean-water desalination. West Basin was one of the first Southern California water agencies to put a strong emphasis on creating locally-controlled, drought-proof supplies. In addition to water recycling and water conservation, as a coastal water agency, we have also been researching ocean-water desalination to further diversify our water portfolio should these new, drought-proof supplies be needed in the future.

One of West Basin’s key conservation programs is Turf Removal, which the Governor specifically highlighted. Currently, West Basin has already removed, or is in the process of removing, 800,000 square-feet of turf in its service area – equating to approximately 35 million gallons of water saved per year. West Basin continues to provide free water efficiency devices, and to date, has distributed over 300,000 conservation devices to residents in its service area.

Now in our fourth consecutive year of drought, we want to thank our residents who have conserved, and strongly encourage them to keep helping us conserve our precious water. West Basin will continue to host landscape workshops on how to convert water thirsty lawns into California Friendly, drought-tolerant landscaping, and inform our residents on current conservation rebates and programs.

Please let us know if you have any questions or would like to speak to us further about what West Basin is doing to respond to Governor Brown’s Executive Order. For more information on what you can do to help save water, please visit www.westbasin.org.”