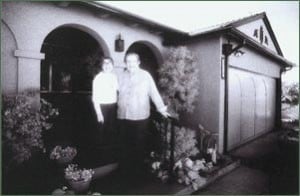 “This is not a theoretical exercise. These are people’s homes, and these are people’s lives.” Mayor Meghan Sahli-Wells made the motion at the end of several hours of discussion to keep the current housing programs intact including the Rent Assistance Program, funding for the homeless and aid to Upward Bond House. The motion passed with the entire council voting aye.

The Rotunda Room at the Vets Building was filled almost to capacity for the March 23, 2015 City Council meeting. Still in it’s temporary location while the Mike Balkman Chambers are being updated for sound and video, the council had an item on the agenda that touched many lives directly – the housing programs.  It had been brought up at previous meetings that the funds currently being used for housing assistance would soon be gone, and that another strategy would have to prevail.

Beginning with a staff report from Community Development Director Sol Blumenfeld and Housing Administrator Tevis Barnes, the official information was not surprising. Blumfled pointed out that the best focus would be on the long term strategy of partnering with developers in the creation of affordable housing, increasing the density of units in planned areas, and “allowing a density increase to be combined with a density bonus [for developers], we could create an extra 35 to 65 [residential] units per acre in designated areas.”

He continued “Considering incentives for zoning small lots that will create 4 times the amount of housing – more density – is just a more creative way to develop needed housing.”

Ms. Barnes, widely acknowledged as the heart and soul of the housing assistance programs through her work for the city, gave the council her numbers. “We have a waiting list of 600 people. What we need most is a way to help families secure housing, by getting families into the marketplace rather than wait to build new units. ”

Barnes noted “We currently have 48 families on the RAP [Rental Assistance] program. Of those 48,  8 are elderly, 10 are disabled, and another 10 are both elderly and disabled. The remaing 20 are low income and extremely low income.”

It came time to hear from those sitting in the audience who had come to speak to the issue. The first several speakers all came forward to support the long- stalled Habitat for Humanity project on Globe Ave, rehabilitating older houses into affordable housing. Mayor Sahli-Wells asked if further speaker cards on the subject could hold off until that issue was an item on the agenda, and allow the people who came to speak on the rent subsidy and homeless assistance to have the time.

Roxanne Anderson spoke on behalf of the RAP aid to her sister Louise, who ” has only $800 a month on SSI. RAP has helped Louise  for 13 years, and to move her at this point would be [extreme hardship].”

Janice Johnson took a few moments to arrive at the podium in her wheelchair, but the audience was helpful, moving chairs out of her way. Her remarks struck a chord with both the council members and the crowd.

“I would like to say that the wrap program has saved my life.  If this program goes away it will be truly difficult. Staying in Culver City is very important to me.   It’s crucial to this city to keep the housing assistance available. Affordable housing saves lives, and I’m very thankful for the people who have worked so hard to keep this program. But I’m saddened that Culver City reflects we are only dollar figures. We are family and we should make it work no matter how tough it gets.”

Marilyn Sanderson, a landlord, spoke in support of the program. “I have currently six section 8 and two RAP. One of them just graduated from the program, and now I can raise her rent.” Comparing the city program with the state assistance, she noted ” I will never accept Section 8 again. I would hate to see this programs lose their funding. Part of the reason I have had this great experience is because of the city staff and I want to urge you, as a landlord to know I am all for these programs. “

After twenty speakers, the council took their turn to debate, question and consider. Council Member Jeff Cooper and Vice Mayor Mehaul O’Leary both emphasized the responsibility of the city to the people who needed the program. They both spoke about family as well – the the people on the program were not just numbers, but citizens who mattered and deserved to be cared for.

The staff noted other cities that pay for housing assistance out of the general fund included Pasadena, Glendale and Long Beach.

Council Member Andy Weissman asked City Manager John Nachbar to calculate the cost of the programs for the fiscal year. Nachbar responded that the housing program would cost $700,000, and keeping the current level of staff $500,000, making the total  about $1.2 million to keep all housing program and homeless assistance in place,  all programs, excluding the state-funded Section 8 housing.

The council passed the motion with five ayes.