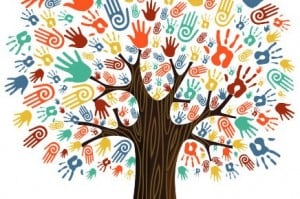 “What you know impacts your THINKing – What you think impacts your DOing,” Keynote Speaker Darin Earley told attendees at the annual Diversity & Inclusion Conference of the Thirty-Third District of the California State PTA held in Culver City on March 7, 2015.

This year the conference, which has a well-earned reputation for engaging, educating and inspiring its attendees, posed the question: Are you including me?

Dave LaRose, Superintendent of the Culver City Unified School District (CCUSD) and the first of three speakers, used the theme to ask himself and others: Are WE including ALL?” CCUSD’s mantra is “Success for All Takes US ALL!” and LaRose defined a successful child as one that is safe, healthy, cared for and supported, engaged and connected, challenged and hopeful, and insisted that our schools have a responsibility to remove any obstacles that stand between students and successful learning. But no one person or organization has the resources to meet every need of all students- the task requires all of the community to get involved.

In Culver City the community has signed a formal agreement to that effect. Called the Culver City Compact, it declares their shared commitment to ensuring the success of all of their community’s children. The Compact has been signed by the school district, the unions, the PTA, the City of Culver City and many other local organizations and businesses.

Joel Gemino, Youth Services Manager at The LGBTQ Center of Long Beach, spoke about how to include this particular group of students who are too often marginalized, stigmatized or bullied. He noted the importance of creating a ‘safe space’ in the classroom. Something as simple as calling a transgender student by his or her chosen name can make that student feel safe in the classroom and significantly improve that student’s academic performance.

The LGBTQ Center of Long Beach has created an extraordinary resource- An Educator’s Guide to Transgender Students. Yet Gemino said that it wasn’t just the guidebook that made such a difference in that community. It was the way the community came together and interacted as they created the guidebook that told the students that their community supported them. And to be cared for and supported is one of the most important messages a person can hear.

Keynote speaker Darin Earley, Director, Loyola Marymount University Family of Schools, spoke last, describing what a detrimental experience it can be for anyone who feels they cannot be who they are because their own culture is being denied. “Culture is the lens through which we view life,” he explained. Earley then went on to challenge all present to reconsider what the words “Diversity” and “Inclusion” really mean. They are not actually two separate things, he said, because you cannot truly have diversity without inclusion. Gathering people of different races, religions, socioeconomic groups or any other defining characteristics does not create diversity. True diversity is a product of interaction, of the sharing and listening that can change our understanding and our perspectives. And it is only from that change in thinking that we change how we act and what we do.