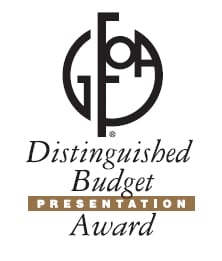 The City of Culver City is pleased to announce that the Government Finance Officers Association of the United States and Canada (GFOA) has awarded the City the GFOA’s Distinguished Budget Presentation Award. “This award represents a significant achievement, reflecting the commitment of the both the City Council and staff to meeting the highest principles of governmental budgeting.

The City Council is committed to complete and total transparency of the City’s operations, especially those related to the expenditure of public funds, and welcomes community input not only during the preparation of the budget but throughout the year on all issues,” said Culver City Mayor Meghan Sahli-Wells.

The Distinguished Budget Presentation Award is granted to an entity, a Certificate of Recognition for Budget Presentation is also presented to the individual or department designated as being primarily responsible for it having achieved the award. This award has been presented to Jeff Muir, the City’s Chief Financial Officer. At the February 23, 2015 City Council Meeting, Mr. Muir provided a mid –year update of the City’s finances and announced the City’s receipt of this award .For budgets beginning in 2013, 1,424 participants received the Award. Award recipients have pioneered efforts to improve the quality of budgeting and provide an excellent example for other governments throughout North America.

The City of Culver City has received this award for the past 23 years. The GFOA is a major professional association servicing the needs of more than 18,000 appointed and elected local, state, and provincial level government officials and finance practitioners. GFOA provides publications, training programs, services and products designed to enhance the skills and performance of those responsible for government finance policy and management. GFOA is headquartered in Chicago, Illinois with offices in Washington, D.C. The GFOA’s Distinguished Budget Presentation Awards Program is the only national awards program in governmental budgeting.