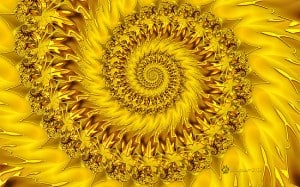 It’s a very good feeling when people who are big in your business affirm that your philosophy is the way to go. Focusing on what’s good – is good.

While I don’t agree with Ariana Huffington’s business strategy, it’s incontestable that she has presence. She sent out a memo last month that at the HuffPost “… we will continue to cover the stories of what’s not working—political dysfunction, corruption, wrongdoing, etc.—as robustly as we always have, [but] we want to show that the era of ‘if it bleeds, it leads’ is over, and start a positive contagion by relentlessly telling the stories of people and communities doing amazing things, overcoming great odds, and facing real challenges with perseverance, creativity, and grace.”

There was, of course. backlash. There are people who feel that focusing on what we call ‘good news’ is just so naive, so weak and ignorant, it’s embarrassing. Cynicism is the measure of reality, and anything that isn’t cold and cruel must also be irrelevant.

I don’t think so. I got further agreement from the brilliant Marina Popova at Brain Pickings, (if you don’t read BP, go right now www.brainpickings.org  and check it out; I’ll be here when you get back) saying that “Since the golden age of newspapers in the early 1900s, we’ve endured a century of rampant distortion toward the other extreme – a consistent and systematic privileging of harrowing and heartbreaking “news” as the raw material of the media establishment. The complaint which [Bruce Bliven of the New York Globe wrote about in 1923,] lamenting the fact that commercial interest rather the journalistic integrity determines what is published as the “news,” could well have been issued today.”

So – the need to grab eyeballs is traditionally fed by the lowest common denominator of HeyLookAtThisAwfulStuff. This leads to a popular culture focused exclusively on AwfulStuff, relevant or not.  This is particularly true of police blotter and clean-up stories – fatal car crashes, body identified, suspect in custody – unless that car crashed into you, it does not effect you in any way, unless it’s to make you a little more paranoid when you are behind the wheel.  Except that the constant drone of AwfulStuff gets to be a depressant. If everything we consider to be ‘news’ is ugly, we all feel distressed and helpless. Look at the ticker on CNN, look at any traditional front page – Why bother getting out of bed? We’re doomed, right?

Popova continues, “A related point of cynicism bears consideration: Coupled with the assertion that giving positive stories more voice distorts our worldview was the accusation that Huffington’s motives were purely mercantile – a ploy to prey on Facebook’s algorithms, which incentivize heartening stories over disheartening ones. Could it be, just maybe, not that people are dumb and shallow, and algorithms dumber and shallower, but that we’ve endured a century of fear-mongering from the news industrial complex and we finally have a way of knowing we’re not alone in craving an antidote? That we finally have a cultural commons onto which we can rally for an uprising? ”

So- is it just another means of grabbing eyeballs, honey instead of vinegar?

I cannot overemphasize how powerfully the observer changes the experiment. Our expectations frame what we see, and that seals the deal on what we do about it. If the only news worthy of the title is the news that convinces us that humanity is a nightmare of waste, pain and tragedy then the way we live our days is not about building a future, just mourning a distant, golden past.

The future requires our attention.

When Culver City Crossroads celebrated it’s fifth anniversary last December, I was pleased and surprised. Pleased that the numbers were so very good, and happily surprised that the whole project was such a source of pleasure for so many people.

Of course, there are the sad and angry local stories that need coverage. People need to be held accountable, business and school and community leaders.  If someone needs to be found, whether that’s a crime suspect or a missing juvenile – more eyeballs certainly help. It’s not about having a constant feed of feel-good. The central acknowledgment that it doesn’t need to be a constant feed of AwfulStuff is a good feeling. Local news can be good news, and when we connect and form new intersections and alliances, that’s great news for all of us .

Call it the upward spiral. We are always in motion, and gravity holds us gently enough that we can decide on our direction.