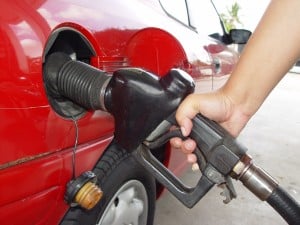 Members of the California State Board of Equalization will vote Tuesday on whether to lower the excise tax rate on gasoline by 7.5 cents during its 9:30 a.m. meeting at 5901 Green Valley Circle, Room 207, in Culver City. If adopted, the 28.5 cent excise tax will become effective on July 1 and last through June 30, 2016. Currently, drivers pay 36 cents per gallon in state excise tax. State law requires the board to set the rate for the coming fiscal year by March 1 of each year, following a complicated formula known as the “fuel tax swap.”

The State Board of Equalization will consider a proposal to cut the state’s gas tax by 7.5 cents a gallon. The proposal stems from a complicated formula enacted by the Legislature in 2010. Californians pay about 64 cents per gallon in taxes and fees – the second-highest rate in the nation. In reality, we have the nation’s highest gas tax once you include the  tax imposed by regulators to help fund the state’s anti-global-warming efforts.

According to George Runner of the Sacramento Bee, “California’s gas tax is so confusing and complicated that even news reporters don’t understand it. Recent media reports have painted an incomplete and misleading picture of state gas tax revenues.” One story erroneously claimed that “state gas tax revenues that pay for roads have been falling for a decade.” That is incorrect.

During the past 10 fiscal years, sales and excise tax revenues from fuel sales grew by nearly 35 percent – from $6.5 billion to a record $8.7 billion.

What happens at the Board of Equalization this morning may open the door to a new rate, and possibly a new strategy.