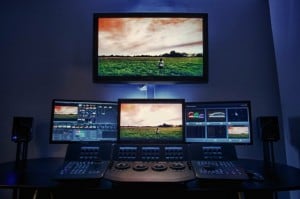 Deluxe Entertainment Services Group announced a multimillion dollar deal with Sony Pictures Digital Productions under which Deluxe will take over Sony’s 4K post facility Colorworks — a 14,000-square-foot facility based on the Sony Culver City lot — and assume a “semi exclusive” amount of postproduction work for Sony Pictures, including the 4K remastering, restoration and post that has been handled by Colorworks, in addition to digital distribution.

Terms of the deal, which was said to have been in the works prior to the Sony hack and therefore unrelated, were not disclosed.

It remains to be seen what the outcome will be for the 69 Colorworks employees after a planned 60-day evaluation period. Deluxe also intends to use its existing services to support Sony business, not just in Los Angeles, but at Deluxe facilities around the world.

Sony has been the most bullish of the studios about creating 4K content, as its stake in 4K also includes 4K TVs and 4K digital cinema projectors. Work completed at Colorworks has included a string of 4K restorations on films including All That Jazz and Funny Girl and 4K remastering of content such as Breaking Bad.