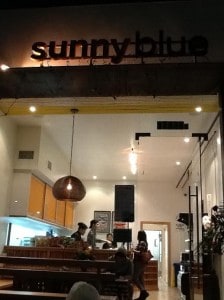 Culver City has been home to a Japanese-American community from its earliest beginnings. It’s one reason why our school district is the home of cradle to grave Japanese classes, and why our vicinity has its own Buddhist temple and Japanese-American Community Center. Centinela between Culver and Washington used to be a block of Japanese businesses. We continue to maintain strong Sister City ties to Kaizuka, an Osaka suburb.

Like Sawtelle’s Japanese enclave to the north, referred to these days as “Little Osaka,” this part of Los Angeles, originally farmland, was inhabited by Japanese immigrant farm workers and gardeners from the earliest migration of the Issei, a little after the turn of the century. The communities flourished until 1942, when the United States government and it’s bystanding populace’s wartime hysteria uprooted these citizens from their neighborhoods, and into prison camps. Many people were eventually able to return to their homes and businesses, but other more natural demographic transitions have taken place since that time. Now, but for a few areas revitalized by the influx of recent Japanese immigrants, rubbed out Japanese store marquees have been repurposed and replaced by newer occupants.

Into this historical backdrop, Sunny Blue is a welcome new-old tradition. A new Japanese restaurant has come to town, and is reestablishing roots here. This is the second born Sunny Blue, after the Santa Monica storefront on Main Street, famous for fresh, warm, crunchy, while-you-wait o-musubi (a.k.a. o-nigiri). In English, these Japanese synonyms translate to “rice balls,” or, as a former colleague referred to them, “rice triangles.” Linguistically, “o” is an honorific pre-fix denoting the hallowed nature of rice, the Japanese staple. “Nigiri” is something you squeeze, and “musubi” is something you tie. Both terms are used for this Japanese home-cooking, ever-present food to grab on the run.

I interviewed the owner of Sunny Blue, Keiko Nakashima, a native of Tokyo, and parent to four current and/or former CCUSD students, also a volunteer for our fund-raising organization, CCEF. I’d always wondered about the name, ” Sunny Blue.” Keiko told me that her father’s idol has always been Akio Morita, founder of Sony. According to her dad, Morita had liked the phrase “Sonny Boy,” heard on a trip to America. He’d wanted to name his electronics company after it, but ended up with the name “Sony.” In homage to Akio Morita’s, whose company ironically anchors Culver City, they came up with “Sunny Blue,” symbolic not only of our SoCal weather, but of the (blue) Pacific Ocean that “ties” (musubi) together the U.S. and Japan.

I wondered how this particular Culver City location had been chosen. Keiko was, “seeing a lot of unique ‘mom and pop’ restaurants opening in the area, and…wanted to be surrounded by businesses like that.” She knows Culver City well, having been part of our town for the past sixteen years.

Keiko’s original inspiration was to educate American palates about a type of Japanese food that was not sushi, nor chicken teriyaki. In Japan, o-musubi are comfort food; a thing mom would make as an after school snack. They can be bought in so-called “combini” (Japanese abbreviation for “convenience store”), like 7-11’s. In Japan, however, dense population demands that musubi be made by machine. It is difficult to get warm rice and fresh ingredients made to order outside a Japanese home. “Our customers are excited to see food prepared in front of them, a reason why teppan-yaki like Benihana, or sushi, has been so popular here,” said Keiko.

Sunny Blue Santa Monica opened in 2010, and this past Monday, January 5, 2015, was Sunny Blue’s Culver City debut. I asked if we would have to wait another five years for the next shop to open, in 2020. Keiko laughed and told me that other locations are expected sooner, maybe as many as ten of them, all over California and the United States. Sunny Blue’s reputation on Yelp is impressive, with nearly 800 reviews, it tops the list of not only Japanese but ALL restaurants in Santa Monica! Keiko is in enviable the position of being courted by developers to expand to other locations. Expansion plans also include delivery within a three mile radius (and minimum $20 order). They already cater; they’ll come to your party with food prepared, or equipped to make it on the spot.

Best selling items include: miso beef, spicy salmon, and chicken curry, merely three out of sixteen different types of o-nigiri available. Other items sold include a wide variety of Japanese side dishes, udon, packaged snacks and drinks. Eventually, there’ll be sake and beer, once they obtain their liquor license. And don’t forget the frozen yogurt! Keiko emphasized, not just with Japanese toppings, but hand-crafted in Japanese FLAVORS, such as: black sesame (kuro-goma), red bean (azuki) and green tea (matcha). Mugi-cha, Japan’s ubiquitous wheat tea – tastes like summer – is all-you-can-drink.

There’s some communal seating inside the store, and ample seating outdoors. The shop is appointed with beautiful Japanese art, hand-carried by Keiko’s mom from Japan, and possesses the clean simplicity of Japanese style.

Sunny Blue’s o-nigiri are low calorie and low-fat, and there are gluten-free and vegan options. The staff is sensitive to people with allergies, and flexible for dietary restrictions. Sunny Blue is also environmentally conscious; you can get an extra stamp on your customer loyalty card (buy 10, 11th free) if you bring your own receptacles for take-out.

“Like the musubi we make, our philosophy is to tie (musubu) together the environment, the people and the food. The triangular-shaped rice symbolizes these three elements.”

Culver City Crossroads readers who mention this article will receive a free order of edamame with your onigiri, between Friday, January 9th and Sunday, January 11th.