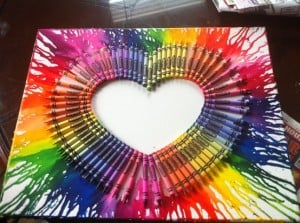 For my 56th birthday, I stayed home. It was an amazing stay-cation; I’d traveled so far and wide over these past five years that Los Angeles began to look exotic. My attended events were woven into the warp and weft of the city; the mayor even put in appearances at two of them.

All I wanted on my birthday was to participate in CicLAvia. Each route being a little different, this one began on the ‘Shaw, in Culver City’s neighboring Leimert Park, and ended on (South) Central Avenue downtown. Although there is not much left to see of the old jazz and blues venues, the best part about this ride was the always enjoyable weather, the smiles and camaraderie among bicyclists, and the unfettered ride up and back the runway-like Martin Luther King Blvd.

Door-to-door from 10 to 4, each CicLAvia event is worth marking on your calendar. Out-of-towners might even consider a trip to LA, if not with us during the usual 365. It’s neither a bike-a-thon, nor a race, and the main purpose is to revel in what this town has to offer. They actually manage to close off major thoroughfares to traffic, and turn them into a pedestrian’s paradise (translated from the Japanese: 歩行者天国) for bicyclists.

The South Central route seemed less crowded than the prior ones. I heard that people weren’t as interested “because there was nothing to see along the way.” What an unfortunate, and thinly disguised touch of racism! South Central LA was the hub of LA’s jazz and blues, and we bikers traversed an archaeological dig’s worth of transition from what was originally a post-evacuation Japanese-American enclave, to what became an African-American ‘hood, to, ultimately, some areas where signs are now written only in Spanish. The most famous historical landmark on the trek was the Dunbar Hotel, now repurposed into low income housing and a museum. Duke Ellington kept a suite there in the day. Duke and the biggest names in American jazz graced its corridors.

The mention of Duke Ellington is my segue to the other event. I was invited to attend a The Music Center’s 50th Anniversary celebration. This was a star-studded, black tie, event. The ever-elegant Dorothy Chandler Pavilion, another significant historical Los Angeles building, was packed with paying patrons, but I was the personal guest of the head of the Music Center’s Education Department, and one of seven hand-picked guests at his table during the dinner reception. The show itself was an amazing spectacle of the kind of arts and entertainment that has graced that same stage for the past fifty years. But, why me?

The recognition of being invited to this shebang as a guest was the sweetest praise ever showered upon me. Having worked with The Los Angeles Music Center since the summer of 2006, I’d learned over the years how to fully integrate all four arts disciplines into my language arts curriculum.

Duke Ellington, the Dunbar, and my Music Center honor reminded me of my final classroom production. I’d learned how to stage multiple productions during my eight year exposure to the Music Center’s Teaching Artists and their quality standards. Last year’s students had brought the Apollo Theatre onto my stage, through a total immersion experience of the sounds of Ellington’s Satin Doll, to which the students choreographed a swing dance. They also presented original spoken word, recited choral readings of six different Langston Hughes poems, and created jazz era visual art, as well as read and annotated related articles, in a unit I called “Harlem Renaissance.” Doing this involves teaching not only the four English language content standards (reading, writing, speaking and listening), but altogether eight of them (music, dance, theatre and visual arts).

I assumed an unofficial leadership role within our district for the arts, including mentoring other teachers and consulting directly with the Music Center on a project for LAUSD. I believe it is THIS work that earned me that invitation.

My track record of “putting the Arts in Language Arts,” as I am fond of saying it, placed “arts integration” at the top of the list of my new duties here at Culver Park High School as well. Through our relationship with ArtWorxLA, we just completed a 10-week course on gender and photography, and are now embarking on another 10-week course involving a sculpture installation and the LA River revitalization project.

Theatre arts is a classic form of academic enrichment for the gifted and talented, which led me to “create the stage” for Culver City Middle School’s “Catching Butterflies (2012), Once on This Island (2013), Seussical (2014) and, if all goes well, next year’s production of The Wizard of Oz (2015). As was stated tonight at yet another training with Center Theatre Group at Culver City’s own Kirk Douglas Theatre, “supporting a person’s creativity is the best thing you can do for them.”

Originally, I had not even imagined the exclusivity of that Music Center invitation. But when I arrived onto the red carpet, I caught on quickly. As I posted the play-by-play on Facebook, one friend asked, “who did you have to … to get invited to that event?” Our very own editor of Culver City Crossroads was first on the Facebook scene to post the retort, “giving the arts to so many children is how you get a ticket like that.”

Which brings me to the third grand event of my birthday stay-cation. Last Friday, all of us Culver City Crossroads writers, editors and contributors met for the first time, face to face, for a kick-back at our editor Judith Martin-Straw’s home. We had tons in common to talk about, and oodles of great ideas for the future of our publication. Most significantly, we spoke of our mutual dreams of creating an independent, community-run, book store for Culver City. Who’s in?