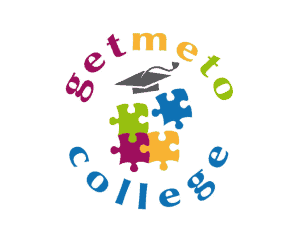 We’re in the throes of college essay season at my house. This will be the second and last time I go through this with my own sons; no doubt I may read or edit other college essays, but the stakes won’t be as high as this time; there is apprehension in the realization that what is, or is not, written will cast the die of the rest of your sons’ lives, and therefore your own. This process, although arduous to be sure, is a cakewalk compared to what happens in other countries like Japan, where they rely more on high stakes exams that dictate who goes to which college, who ends up in a trade, or who might take a year off and try a re-approach later.

As a parent in our school district for the past sixteen years, a full-time teacher here for the past eleven, and now part of administration since September, I am struck anew by how relatively few students actually go through this process. A fraction of the thousands of students walking our halls will be writing such essays. In an impromptu holiday gathering recently, my sons hosted about fifteen guys. Five out of the fifteen were either currently in a four-year college or planning to apply to one. That was a random sampling, of course, but I know the statistics to be similar – even lower – in our schools as well.

Each year for the past five or so that I’ve been counting, we may have had zero or one student accepted to Ivy League schools; so few, in fact, that the community knows these students by name. Besides the Ivy Leagues, a relatively small percentage of our students, when they try, are admitted to at least one UC campus, and others are accepted to private or out-of-state 4-year colleges. Such universities usually require applicants to submit essays of some length. Essays and personal statements are not, however, required for the 2-year city colleges favored by the majority of CCUSD graduates, nor are they needed for the often overlooked 4-year California State Universities. Perhaps due to lack of visible proximity here in the western part of L.A. County, students seem to shoot above or below these colleges. While I’m on the subject, let me state that my older son and many friends are thriving at San Francisco State University, San Jose State University, Cal State Long Beach and San Diego State University, to name a few of them; these universities are unsung pantheons of learning and authentic college experience.

But I’ve digressed from the topic of college essays. If you are “the best and the brightest” (sorry, I didn’t coin that term, but I am taking the liberty of using it, and realize that I may be reviled for doing so) in a school, you want to be lining up experiences to write about in an essay. My son and I dredged up perspectives and experiences from his entire seventeen years, and I am thankful for having filled my children’s lives with tons of experiences, all which became fodder for a tale or viewpoint.

The same goes for resumes; you need to have something to tell an employer. On essays, cover letters, and the now prevalent questionnaires employers ask of prospective hires, you must knit your events together with superior writing. It is not enough to earn A’s and B’s through school, and achieve high scores on national exams like APs and SATs. That is expected as the norm. The way to distinguish yourself is by the words you put down on paper.

Anybody can get help with writing. Teachers, parents, advisors and tutors can assist; I’m available for hire myself! The harder task is to live a life full of experiences to write about. Just as fictional writing is based on real-life, personal reflections require you to do some living as well. High school students who have never worked a day in their lives can talk about: sports they have played, languages they speak, places they’ve traveled, or any special schools they have attended. Things get real when students can speak of so-called service learning experiences and/or internships, which are unpaid work done in service of others, or for the benefit of the community.

Kids these days have grown up in an era that shuns competitiveness. The insidious “trophy for every child on the team” creates a false sense of what accomplishment really is. Everybody has to learn to compete at some point. Since I have the forum of this column, and experience – personally and professionally – assisting people with resumes, cover letters, essays, prompt responses, and all manner of writing, I know that a person needs enough fodder; they need some food for thought.

I wish parents would be required to fill their children’s lives not only with the breath of life, but with varied activities and experiences. Children ages 4-18 should: try one or more sports (team or individual), travel outside of their neighborhoods, and utilize their summer vacations wisely, through camps, classes, service learning work, or even helping out at a parent’s job. To the extent available, students should learn another language beyond the one year requirement to graduate high school, and join during-school and/or extracurricular clubs and activities. To the question, “what did you do over the summer?” Too many answer, “I hung around.”

It can’t always be about paying dues (even if waived) to participate; people must occasionally have to try out, interview or audition. “Open access” cannot just mean that everyone gets to do something, it should mean that everyone gets a chance to try. Even a parameter like “first come, first serve,” implies competition; it’s the old “early bird catches the worm.” As Groucho Marx said, “I wouldn’t want to be a member of a club that would have me as a member.” Victory is not as sweet when the spoils come too easily.