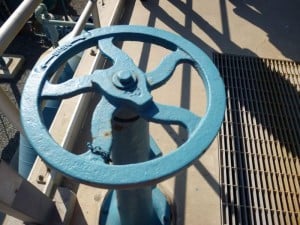 West Basin Municipal Water District has big plans for any funding that might come its way with the passage of the Proposition 1 water bond which would dole out dollars for water projects on a competitive grant basis.

“In years past, we’ve been highly competitive in getting these grants,” said E.J. Caldwell, West Basin’s government affairs program manager. “We do feel good that there will be opportunities to pursue funding.”

According to the Daily Breeze, West Basin  a Proposition 1 funding wish list that includes:

• Extending a turf removal rebate program. The Metropolitan Water District of Southern California provides a $2 rebate for every square foot of lawn residents remove. West Basin has a program that throws in an additional dollar. More funding would help continue this program.

• Increasing capacity of the Edward C. Little Water Recycling Facility in El Segundo. The treatment plant recycles 60 million gallons of water per day, equivalent to the average daily water use for 80,000 homes. The district would like to increase that to 70 million gallons.

• Expanding the recycling facility’s distribution pipe infrastructure south toward the Palos Verdes Peninsula, east toward Carson, and northeast toward Inglewood and Culver City.

• Continuing desalination research. The district built a desalination demonstration plant in Redondo Beach three years ago and has been conducting studies about how desalination would affect the local environment, in case the board ever decides to pursue construction of a working plant. The next phase is to conduct an environmental impact report.
Advertisement

• Improve the system for removing saltwater from the fresh water aquifer. This is done through reverse osmosis filtration. The district is working with coastal cities to get this done.