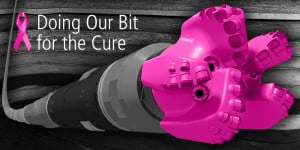 Susan G. Komen is not just the name of a huge non-profit foundation – it’s the name of a women who died from breast cancer. If she knew what was being done in her name, she might well be spinning in her grave.

I wrote a column about this a few years ago, when the leadership at Susan G. Komen chose to stop supporting the mammography work done by Planned Parenthood. That year saw a 22 percent drop in contributions as women opted to send their charitable dollars elsewhere.

According to financial statements posted on it’s website, Komen for the Cure said contributions, including donations and corporate sponsorships, dropped from about $164 million from the fiscal year ending in March 2012 to $128 million in the year ending March 2013. That’s a big drop.

So, there was a change in leadership and Nancy Brinker, the founder of the organization, stepped down from her CEO post, but they have not recovered their previous level of donations, and several of their “Walk for the Cure” fundraising events have been scaled back or cancelled.

The fact remains that Susan G. Komen Foundation only spends 20% of their money on breast cancer research. Yep, just 20% goes to what they claim is their main mission.

When you think you’ve hit bottom, there’s a bottom below.

Now, in what could well be the final insult, they have ‘partnered’ with oil company Baker Hughes, who trumpeted that they were donating $100,000 to the Susan G. Komen breast cancer foundation, and that they planned to make and distribute 1000 pink drill bits to raise awareness for breast cancer.

To quote from Mother Jones magazine, “The irony here is that one of the primary criticisms of fracking is that the fracking process injects possible and known carcinogens, including benzene, formaldehyde, and sulfuric acid, into the ground and surrounding environment. A 2011 senate investigation of 14 leading fracking companies found that, between 2005 and 2009 — far from the height of the fracking era — the companies had “injected 10.2 million gallons of fracturing products containing at least one carcinogen.”

Komen’s website actually lists some of these chemical categories under “Common chemicals that may be associated with breast cancer. ” Breast Cancer Action (home of the Think Before You Pink campaign) noted on their site that “Over 700 chemicals are commonly used in the process of drilling and fracking for oil and gas. Of these, dozens are listed as “chemicals of concern” because of their link to myriad health harms, and several are known carcinogens or endocrine disruptors that have proven links to breast cancer.”

So, here is an organization that purports to be dedicated to eradicating breast cancer, then cuts off funding for health screenings at the national’s biggest health service for poor women, scrambles to restore reputation, only to have it’s embarrassing numbers published and many donors disenchanted enough to walk away. Follow that up with pink drill bits and a corporate sponsor that uses carcinogens?
I can’t even believe that women are running this organization. Surely these are not women who have lost friends, sisters, mothers to breast cancer. These cannot be women who have held the hand of someone in chemo, who have struggled through pain, who have wept at the gravesides and embraced the survivors. These seem to be women that think a big splash of pink paint really will somehow hide what they are doing – and what they are not doing.
And yes, I wish the Culver City Fire Dept. would do more research on what kind of charity they are helping when they sign up for pink t-shirts promising a $15 per shirt donation, That works out to a big 75 cents going to actual cancer research, and the rest of it going to bloated salaries, lots of pink ribbon advertising, and bright pink fracking drill bits.
It’s Breast Cancer Awareness Month. Let’s begin with awareness.