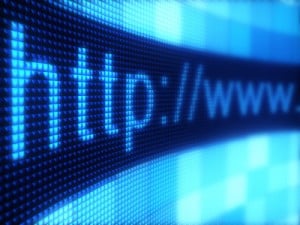 In trying to protect California’s children from cyber marketers, identity thieves and on-line predators, the California legislature has passed Senate Bill 1177 that would establish the nation’s toughest laws for student privacy and forbid the sale or disclosure of school districts’ online student data.

State Senator Darrell Steinberg’s (D-Sacramento) bill clarifies that the data given to private companies is to be used only to enhance and improve the education of young people.

If signed by Governor Brown, this bill would require that all educational data be kept secured.

A similar Assembly bill that also passed requires that student data sent to outside tech-storage companies will remain solely the property of school districts and also in the districts’ control.

Earlier federal laws prohibit school districts from releasing student information. But they don’t cover the usage of it by storage firms contracting with school districts in helping them manage their ever-expanding databases. Some previous school data-management contracts have actually given outside tech companies the right to use these records as they see fit.

By law, this information was never supposed to leave a school district. This new technology, though, opens new questions: If a student’s personal data is put onto “the Cloud,” has it actually left the district and its control?

Does this new storage environment put our children’s security at risk? Is encrypting the data enough, if anyone on the Cloud has access to it?

But tech spokespersons have denied that the industry has used any student data for anything other than its intended educational purposes. However past reports have shown that some school districts’ technology contracts often have failed to stipulate the prohibition of the sale of students’ personal information.

The technology behemoth, Google, admitted early this year that it had actually scanned the content of some students’ emails for its own advertising purposes.

These two new bills will put tough protection in place to help alleviate some of the parents’ fears for their children’s safety by addressing this new technology and closing loopholes.