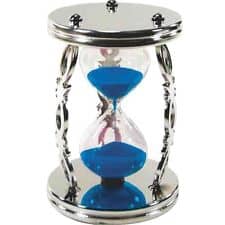 Presented a proclamation in recognition of Suicide Prevention Week 2014.

Received a presentation regarding the National League of Cities’ Service Line Warranty Program.

Approved a budget amendment appropriating $300,000 from the Sewer Enterprise Fund; and (2) approved a professional services agreement with AKM in an amount not-to-exceed $500,000 for the preparation of the City’s Sanitary Sewer Master Plan.

Awarded a contract to Shawnan as the lowest responsive and responsible Bidder, in the amount not-to-exceed $1,222,111 for the construction of the 2014 Street Paving Program, PZ-863.

Postponed the approval of final plans and specifications and authorization to publish a notice inviting bids for the Washington Boulevard Striping and Bike Lane Project, PZ-965.

Approved the temporary installation of an historic cold-war era guardhouse within the former Washington Boulevard right-of-way between Main Street and Ince Boulevard.

Approved the Mayoral appointment of Tevis Barnes to fill the vacant seat on
the Oversight Board of the Successor Agency to the Culver City Redevelopment Agency.

Denied a request for an additional amount of in-kind assistance for IndieCade:
International Festival of Independent Games.

Discussed the existing permit parking restrictions on the 10700 Block of Farragut Drive and the request from Grace Evangelical Lutheran Church (4427 Overland Avenue) to change the existing residential parking restrictions; and requested that staff return to City Council with additional information at a future City Council meeting (public notice will be provided
once a date for this meeting is determined).

Approved a parking program for certain Culver City employees in the Public Works Department and Transportation Department (including the creation of new parking spaces in Culver City Park– some of which will be metered) and reaffirmed earlier direction to install parking meters along Jefferson Boulevard near the Baldwin Hills Scenic Overlook.

Approved a budget amendment appropriating $78,578 from the General Fund Reserve and approved a professional services agreement with Granicus, Inc. for a term of three years with two one year optional extensions in an amount not-to-exceed $198,530 for Granicus’ “GovernmentTransparency Suite” to provide web-based access to City Council meeting
information.