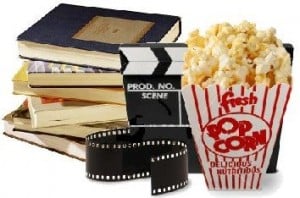 The studio has long had a commitment to seeking out top manuscripts as the source material for its films, from recent successes like Captain Phillips, Moneyball, Julie & Julia, and the Robert Langdon series, to upcoming franchises The 5th Wave and Goosebumps. Adapted programming on the TV side has included a variety of series, miniseries and movies such as “Outlander,” “Masters of Sex,” Steven King’s “Bag of Bones,” “Coma,” “Having Our Say,” “Into Thin Air,” and the popular Jesse Stone series of movies based on the novels by Robert B. Parker. As a full-time executive, Doherty will deepen and expand the studio’s efforts in these areas.

Commenting on the announcement, Belgrad said, “Sony Pictures has a strong track record of adapting literary material into successful television and films. By bringing Ryan in to this new executive position in New York, we are strengthening our commitment to finding the highest quality and most commercial source material for each of our divisions. Ryan is a rising star in the publishing world, with great taste and strong relationships in that community. We are lucky to have him.”

Doherty was most recently a Senior Editor at Ballantine Bantam Dell, a division of Penguin Random House. There, he focused on narrative nonfiction, including history, pop culture, personal narrative, and biography. Among his many recent successes, he edited the 2014 Pulitzer Prize Winner Toms River: A Story of Science and Salvation by Dan Fagin, Jim Henson: The Biography by Brian Jay Jones, and the #1 New York Times bestselling graphic novel Seconds by Bryan Lee O’Malley. He was also in charge of the film tie-in efforts for the Random House group.