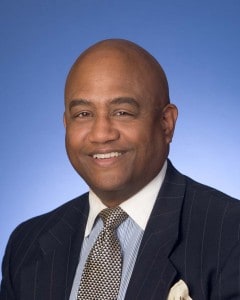 Ronald C. Smith, West Basin Board member, was arrested on 26 July 2014 for alleged charges of misuse of public funds and giving false affidavits. According to court records, Director Smith has been charged with the following crimes:
 Penal Code section 424 (A) – Two counts. This crime involves the misuse of public funds.
 Government Code section 1090 – One count. This section prohibits a government official from
having a financial interest in a contract entered into by his agency.
 Penal Code section 118 (A) – Four counts. This statute makes it a crime to file a false affidavit.
“West Basin was disappointed by this news and it’s unfortunate for all concerned,” said West Basin Board President Donald L. Dear. “We want our customers to know that despite this situation, West Basin will continue its hard work and commitment to maintain our water industry leadership in water
recycling, conservation and water reliability.”
Director Smith was elected to the Board of Directors in 2006.

By law, Director Smith remains on the West Basin Board and can only be removed from the Board if
convicted of a felony crime. Director Smith’s case is being handled by the Los Angeles District Attorney’s
Public Integrity Division. The next legal action is a preliminary hearing scheduled for August 12, 2014.
Director Smith’s biography can be found at www.westbasin.org.“West Basin wants our communities and stakeholders to know that this situation will not impact our  commitment to transparency and sound financial and resource management of public funds. We will continue to provide value to our customers by providing water reliability and drought protection
initiatives,” said Gloria Gray, West Basin Board of Directors Vice President.