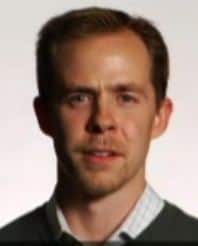 Rusty Hicks, a labor leader, will be speaking on how Labor Unions do their endorsements at this coming months Democratic Club General Meeting at 7pm on Wednesday, August 13th. The meeting is free and open to the public at the Rotunda Room of Veterans Memorial Building, 4117 Overland Ave.
Rusty Hicks currently serves as the Political Director of the Los Angeles County Federation of Labor – an organization of over 300 local unions representing over 600,000 working men and women in key industries across Los Angeles. At the Federation, he has led a number of large scale political and legislative campaigns at all levels of government. Prior to joining the Federation, Rusty served in the California State Legislature and was also involved in a number of state and local campaigns.
The Culver City Democratic Club has been active in local, state and national politics since 1953. The Culver City Democratic Club has been a vital force in electing candidates to local office, as well as to state and national positions. Many members of Culver City’s City Council have been members of the Club, including four of the five current Councilmembers.
For more information Culver City Democratic Club is on the web at www.culvercitydemocraticclub.org and can be reached by phone 310 398 5328, email: [email protected] and postcard: PO Box 4254, Culver City CA 90231