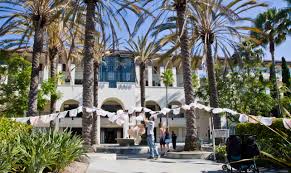 Approved a two-year extension to the professional services agreement with Marina Landscape to provide landscape maintenance services and additional, as-needed services on a contingency basis for a term ending on June 30, 2016 in an amount not-to-exceed $548,509.50.

Adopted resolutions approving a master agreement regarding retention and expenditure of bond proceeds between the City of Culver City and the Successor Agency to the Culver City Redevelopment Agency pursuant to California Health and Safety Code Section 34191.4(c).

Approved an Amendment to the Memorandumof Understanding with the Downtown Business Association for Maintenance Services in DowntownCulver City for Fiscal Year 2014/2015.

Approved a professional services agreement with Vision Internet in an amount not-to-exceed $62,570 to provide professional design services and content management software to support the City’s website.

Continued the Public Hearings to conf irm the assessment and order the Levy for Fiscal Year 2014/2015 for both the Higuera Street Landscape and Lighting Assessment District and the Landscaping Maintenance District No. 1 to July 14, 2014 at 7:00 PM.

Introduced an ordinance repealing and replacing Chapter 9.02 of Title 9 of the Culver City Municipal Code and adopted by reference the 2013 California Fire Code, with local amendments; and adopted a resolution making express findings for modification to the Fire Code based on local climatic, geological and topographical conditions.
Meeting in a Minute is an official release from the City of Culver City.