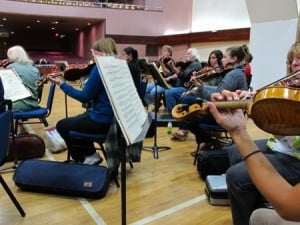 (Program and soloist subject to change.)

Admission Charge.
$25-General Admission, at Kirk Douglas Theater starting at 6:30PM, and on the orchestra website
$15-Members of SoCal Symphony Society and 17-years-of-age and under, only at the box office

For additional information please visit our web site: www.culvercitysymphony.org or call 310-717-5500, or send an e-mail to [email protected]
Donations and membership to the SoCal Symphony Society, Inc. are welcome.
Members of the Westchester Symphony Society received two free admissions to the concerts except for the last concert, are entitled to reserved concert seating, and to a pre-concert talk given by Conductor Fetta. Membership is available at the concert.

The Culver City Symphony Orchestra is now in its fifteenth season performing in Culver City, and is in its 51st year overall. It has performed in many regional venues in the communities of Westchester, Venice, Los Angeles, San Gabriel, and now Culver City.