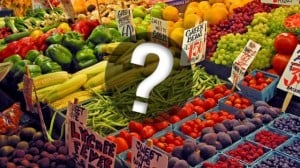 This is the week SB 1381 goes to the California State Senate Floor and the only way it will win is if enough people make enough noise.

Remember California’s Proposition 37? It was the 2012 ballot initiative that would have required genetically engineered (GE) food sold in California to be labeled as such. Prop. 37 was narrowly defeated, with 51.41 percent of California voters voting against it, after corporate food interests spent an estimated $35 million plus on ad campaigns telling voters that it would make food more expensive. A similar ballot initiative in Washington, Initiative 522, was also defeated. Many state legislatures have rejected GE labeling bills.

Evans’ bill is seen as being cleaner and more simple than Prop. 37, however, SB 1381 is drastically different from Prop. 37 in how it will be decided upon. Prop. 37 was a ballot initiative, which is an option for passing laws by popular vote, and it was rejected by Californian voters, not the California legislature. SB 1381 will have to go through the California legislative process. Thus, if it is accepted or rejected, the action will be taken by California’s elected officials, not voters.

The bill, if passed, would require GE food to be labeled as genetically engineered, but food containing only some GE ingredients could be labeled “Produced with Genetic Engineering” or “Partially Produced with Genetic Engineering.” The bill prohibits punishment for failure to label GE foods if less than 1 percent of the ingredients in packaged food is genetically engineered or if the producer didn’t know they were using – or didn’t intend to use – GE foods.

The bill provides protections for retailers who didn’t know that they were selling mislabeled food, and it also prohibits actions against farmers. Causes of action against unknowing retailers and farmers were a serious concern surrounding Prop. 37, even among those who may have otherwise supported GE labeling. Notably, SB 1381 does not include a provision that would prohibit GE food from being labeled “natural.”

The bill’s official text cited many justifications. They include:

According to Food Safety News, a major argument against SB 1381 is that California voters already rejected GE labeling, which could influence how legislators view the bill. However, the Center for Food Safety notes that post-voting polls in California showed that 21 percent of those who voted against Prop. 37 stated that they support GE labeling. If this statistic is true, it could have a major impact on how California legislators understand the public’s perception of GE food labeling.