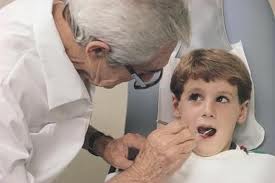 After eliminating adult dental benefits for nearly three million low-income Californians in 2009, Denti-Cal will finally be reinstated May 2014. The benefits will include preventative care, crowns, and full sets of dentures, but leaves out periodontal work and partial dentures. The program was allotted $93.9 million over two years, significantly less than the $131 million advocates were seeking to restore full benefits.

Even with the partial reinstatement of Denti-Cal, access may still prove to be an obstacle for beneficiaries. A recent policy brief by UCLA highlighted considerable disparities in the distribution of dentists.  According to the Department of Health Care Services, only about half of active licensed dentists in California are Denti-Cal providers. It is unclear, however, how many of these participating providers are accepting new patients despite the influx of newly eligible beneficiaries as a result of the Affordable Care Act’s Medicaid expansion. The low participation of providers in Denti-Cal may be further exacerbated by the 10% provider reimbursement cuts that began in January.