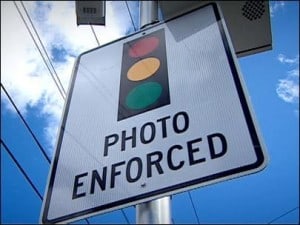 At the May 12 Culver City Council meeting, the good news was very good, as noted by council member Jim Clarke, saying ” We were rated the third best city in the state for financial transparency in the last survey, if this doesn’t put us up to the number one spot, I don’t know how they rate it.”

Crystal Alexander, Vice Chair of the Finance Advisory Committee, says “number crunching should now be a piece of cake for citizens who want ongoing reassurance that their tax dollar support of City government is well spent.” She  also noted that the software developer is adding new elements to the software that will allow easier’ drill down’ analytics for the real number crunchers out there.

The most controversial item on the agenda for Mayor Sahli-Wells first administrative council session was the contract for the red-light cameras. The city staff reported in that they were absolutely pleased with the current vendor, Redflex, and recommended that the council reauthorize them for the contract.

Jim Lightner spoke from the podium saying “This is another tax, and this is [another one of the] reason California is losing businesses. It’s a fallacy that red light cameras reduce collisions and you need to get some stats from someone who isn’t your own police department. ”

Robert Zirgulis, who made red light cameras his rallying cry during his campaign for council also took to the podium to denounce the Redflex company.

Jim Shanman took the opposite tack, saying that “The process works – it saves lives, and all the statistics show a reduction of collisions. As a biker and a pedestrian, I want those cameras in place.”

When it was the council’s time to comment, most had a tale to tell of running the light and getting the ticket. O’Leary and Cooper both confessed to running an intersection in the wee hours of the morning, and getting their tickets in the mail shortly afterward. Clarke noted that there was “no sense of entrapment, it’s about as egalitarian as you can get – you run a red, it takes your picture.”

When It was Sahli-Wells moment to speak, her story came from the other direction. “I was the victim of someone who ran the red light, and while I had just dropped my son off at school, the car crashed into me right where he would have been sitting.”

Five ayes, and the red light cameras will continue to police the intersections of Culver City.