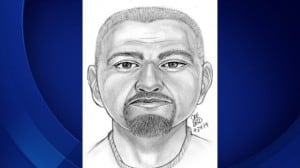 Last night the CCPD received a phone call from an unknown female Culver City High School student. She reported that, as she was walking home from CCHS on Sepulveda Blvd., when a male Hispanic pulled his vehicle to the curb near her and then exited. Startled, the female ran away. She described the vehicle as a green SUV, but refused to give any of her identifying information.

Later, a sixteen year old CCHS student entered the police dept. lobby and reported a similar incident wherein a male Hispanic driving a green 4-door attempted to lure her into his vehicle as she walked on Overland Ave.

While there is no evidence that this is the same suspect that previously attempted to abduct a child, the description remains the same; white or Hispanic male in mid 30’s or early 40’s, facial hair, driving a green four-door.

Students are strongly encouraged to walk together, and to have a plan in case of being confronted or harassed.