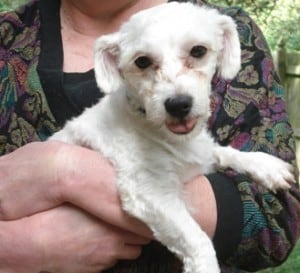 Due to the rising daytime temperatures, Investigators grew concerned for the welfare of the dogs, knowing that time was becoming a critical factor for their survival. On April 29, officers redeployed in the area where the vehicle was last seen and conducted a coordinated, systematic grid search, in an effort to locate and rescue the dogs.

At about 1130 hours, the vehicle and 3 dogs were located; the dogs appeared to be in good health and were immediately removed from the vehicle. The victim was called to the scene and reunited with her dogs. She was extremely thankful for the positive outcome.