Hi, I’m Jethro. I take questions from all animals, even Banana Slugs. I’m here to help. And you know you can trust me, because I have an awesome soul-patch.

I wouldn’t write to you, seeing as we are mortal enemies and all, but I need help.
I’m a parrot. My human is caring and whatnot but there’s a communication problem. Firstly, my name is not Polly. It’s Reginald Abernathy III. Secondly, I don’t want a cracker. I want lobster bisque, braised beef medallions in a wine truffle sauce, and chocolate lava cake. And a nice ’87 Bordeaux to wash it down. How do I put in 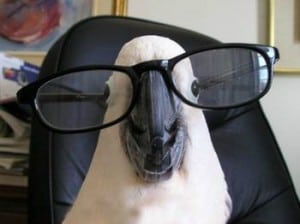 an order for a proper meal?

Seriously? You’re a parrot. I once heard an African Gray recite the Gettysburg Address . . . which, now that I think about it, is really disturbing.

Any way, I suspect the problem may be a lack of creativity on the part of your human. He’s supposed to be teaching you to talk. If he can only come up with “Polly want a cracker?” we can bet he’s no Rachel Ray. He’s probably satisfied with Slim Jims and Boone’s Farm. If you want the good stuff you’re going to have to cheat on him. I’m sending you a link to a website which is basically food porn. Start commenting on the posts, and develop some relationships there. In a little while, you can offer someone money to kidnap you. I’ve seen it done on CSI, so it’s possible. Hang in there, and until your plan is in place, practice saying “It’s not you, it’s me . . . I just have to go. You deserve someone named Polly who actually likes drywall. I need prosciutto.” 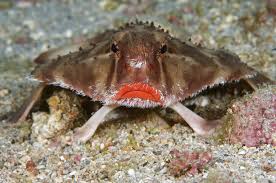 I’m writing to register a complaint. None of the candidates running for City Council have acknowledged my role in the declining crime rate in Culver City.

Batman has the Batcave. Where are you hiding out? The Natatorium? If you are indeed responsible for the declining crime rates in Culver City, then thank you! And we seriously needed your help in crushing the cartel selling Kool-Aid gummies on the middle school black market.

Regarding the candidates, I think they have not mentioned you because to do so would be political suicide. If pressed, Jeff Cooper may be the only candidate willing to admit that he talks to a tiny aquatic monster wearing Carol Channing’s lipstick.

I’m a naked mole rat in love with a star nosed mole. I love everything about him, his sense of humor, his personality, his intelligence. I just

can’t see past his star. His face looks like a butt. Is it wrong to ask him to get plastic surgery to make his nose less butt like?

Just dropping you a line to let you know that your girlfriend is about to ask you to get a nose job. Don’t do it, man. If she loved you she would accept you just the way you are, even with your butt nose. Yeah, it does actually look like a butt; I‘m not going to lie. I’m sure every past girlfriend has said, “No, Baby, it doesn’t look like a butt at all.” These are the same girls who say they are not hungry but then attack your curly fries like a hyena. Embrace your butt nose. It works on you. 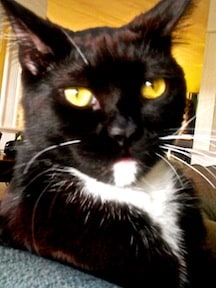 www.TheAnswerCat.blogspot.com
This column will be posted there one week after its publication here in the absolutely awesome Culver City Crossroads. Shelly Blaisdell is the nom de plume of the cat with the awesome soul patch.