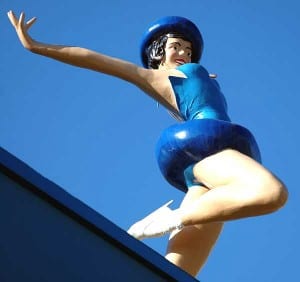 Culver City learned last week that the property owner, Mr. Mike Karagozian, made the decision to decommission the Culver Ice Arena and remove the ammonia from the refrigeration system. Mr. Karagozian retained PIC Environmental of LaVerne, (the experts originally retained by Planet Granite) to prepare a facility closure plan for review by the city.

On March 7, the city approved the closure plan and confirmed that the work will start under city supervision on March 13.

The current ammonia refrigeration system constitutes an imminent hazard to any occupants within the building and to the neighboring community.

The only two viable options for mitigating the hazards associated with this system are either its immediate shutdown and decommissioning along with removal and proper disposal of the ammonia in the system and its associated equipment and piping, similar to what is proposed in the Facility Closure Plan of 7 March 2014; or the immediate shutdown of the system and removal of the ammonia preparatory to and in conjunction with a complete overhaul and upgrade of the system to bring it
and the machinery room into compliance with current codes and standards.
The City was also informed, through its legal counsel, that attorney Nadine Lewis no
longer represents the property owner, Mr. Karagozian.