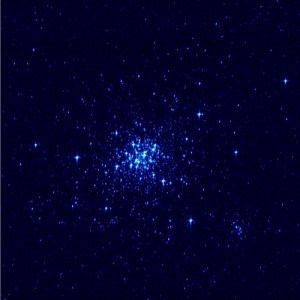 Europe’s billion-star surveyor Gaia is slowly being brought into focus. Once this space telescope starts making routine measurements, it will generate truly enormous amounts of data. To maximize the key science of the mission, only small ‘cut-outs’ centered on each of the stars it detects will be sent back to Earth for analysis.

Professor Gerry Gilmore, from the University of Cambridge and UK Principal Investigator for Gaia, said: “Seeing the first magnificent images from Gaia’s UK-built billion pixel camera first of all generates a huge vote of thanks to all those scientists and engineers who have worked so hard to make this happen. Second, it provides just a tiny taste of the excellence and challenges ahead, to turn Gaia data into human understanding of the Milky Way’s origins. One substantial step for astronomy, one huge leap still to come.”

Gaia was launched on 19 December 2013, and is orbiting around a virtual point in space called L2, 1.5 million kilometers from Earth.

Gaia’s goal is to create the most accurate map yet of the Milky Way. It will make precise measurements of the positions and motions of about 1% of the total population of roughly 100 billion stars in our home galaxy to help answer questions about its origin and evolution.

UK participation in the mission is funded by the UK Space Agency and scientists and engineers from around the UK have played key roles in the design and build of Gaia.

Dr. Chris Castelli, Acting Director of Technology, Science and Exploration at the UK Space Agency, said: “Gaia is an important space mission for the UK; we’ve won around €80 million of contracts from the European Space Agency to build the spacecraft and are providing a state of the art data center that will turn the mission’s raw data into the largest stellar catalogue ever made.”

Repeatedly scanning the sky, Gaia will observe each of its billion stars an average of 70 times each over five years. In addition to positions and motions, Gaia will also measure key physical properties of each star, including its brightness, temperature and chemical composition.

To achieve its goal, Gaia will spin slowly, sweeping its two telescopes across the entire sky and focusing the light from their separate fields simultaneously onto a single digital camera—the largest ever flown in space, with nearly a billion pixels.

While all one billion of Gaia’s target stars will have been observed during the first six months of operations, repeated observations over five years will be needed to measure their tiny movements to allow astronomers to determine their distances and motions through space.

As a result, Gaia’s final catalogue will not be released until three years after the end of the nominal five-year mission. Intermediate data releases will be made, however, and if rapidly changing objects such as supernovae are detected, alerts will be released within hours of data processing.

Eventually, the Gaia data archive will exceed a million Gigabytes, equivalent to about 200,000 DVDs of data. The task of producing this colossal treasure trove of data for the scientific community lies with the Gaia Data Processing and Analysis Consortium, comprising more than 400 individuals at institutes across Europe.