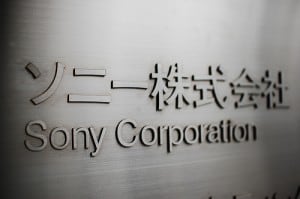 Sony Corp, the electronics manufacturing giant, is undertaking a major restructuring that includes the sale of its PC division, a spinoff of its TV business and layoffs of thousands of employees, according to the Los Angeles Times. The Japanese tech giant said Thursday, Feb. 6 that it had decided to shed its Vaio personal computer brand after a “comprehensive analysis of factors, including the drastic changes in the global PC industry.”

It is in talks to sell Vaio to Japan Industrial Partners Inc., a Japanese investment fund.

The sale of Vaio is intended to help Sony better grow its mobile electronics business, which going forward would focus more on smartphones and tablets, the company said.

Some analysts were surprised by the decision to sell the PC unit. Stephen Baker, vice president of industry analysis at market research firm NPD Group, said Sony had not been unsuccessful in the PC business, especially recently, “which makes this more puzzling.”

“We find this decision to be particularly troubling, and one that is likely, ultimately, at least in the U.S., to be decidedly unsuccessful,” Baker wrote in a blog post.

He noted that designing and manufacturing PCs shared many synergies with tablets and smartphones. “And Sony’s total lack of success here in the U.S. in those segments is not likely to improve without a PC business alongside,” he said.

Sony also announced that it would spin off its TV business, noting that it was struggling with reforming the division and that its target of returning the TV business to profitability would not be achieved by the end of the fiscal year ending March 31.

The company — which has been engaged in various cost-reduction initiatives in its TV business — said it would accelerate its shift to high-end TV models. It also said that it had been reducing yearly losses in the TV business and that the reforms in the past two years “are putting the business on a path to turnaround.”

Also on Thursday, Sony Pictures Entertainment reported a profit of $231 million in the fiscal third quarter that ended Dec. 31, a significant improvement from the previous quarter, when it lost $181 million.

The film and television studio’s profit, however, was down 4.2 percent from a year earlier. Revenue was up 7.1 percent to $2.131 billion.

Sony Pictures, a unit of Sony Corp., is in the midst of a major cost-cutting initiative. The studio has said it will slash at least $350 million in overhead and has been laying off employees.

In January, the studio laid off an undisclosed number of people from its Sony Pictures Imageworks and Sony Pictures Technologies groups.

Sony said the studio’s third quarter was helped by the performance of the films “Captain Phillips” and “Cloudy with a Chance of Meatballs 2,” both of which have grossed more than $200 million worldwide.

But those pictures’ box-office success couldn’t match the hit James Bond movie “Skyfall,” which was released in late 2012, went on to gross more than $1.1 billion and helped the studio post a stronger quarter a year earlier.

Sony shares soared 6% on Friday, Feb. 7 after the company said the sale of its U.S. headquarters in Manhattan fetched $1.1 billion in a sale to a group of investors.

Sony impressed shareholders by saying it expects to receive net cash proceeds of about $770 million after repaying debt tied to the building and other transaction costs. All told, Sony sees a gain of about $685 million that will be recorded as operating income.

The building, located at 550 Madison Avenue in New York, is being sold to a consortium led by the Chetrit Group, a New York commercial real estate company. The deal is expected to close in mid-March.

Despite the sale, Sony said many of its businesses, including Sony Music Entertainment, Sony/ATV Music Publishing and Sony Pictures Entertainment, will remain in the building for up to three years thanks to a leaseback deal with Chetrit.

Sony said it decided to sell its U.S. headquarters as part of a broader initiative to improve its cash flow by selling assets in an effort to “strengthen its financial foundation and business competitiveness and for future growth.”