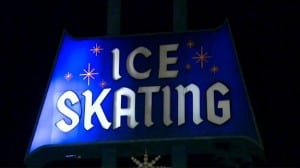 The City of Culver City’s highest priority is its commitment to ensuring the public’s health and safety. There have been a number of rumors circulating recently regarding the Culver City Ice Arena, located at 4545 Sepulveda Blvd., and plans relating to the closure of the business by the current operator. The City would like to address these concerns.
The City of Culver City was informed by the current operator of the Culver City Ice Arena that
they plan to close their doors to the public on February 2, 2014. Although the Ice Arena will no
longer be accessible to the public, the equipment on site, including but not limited to, electrical
power, refrigeration system, and generators, will remain operational through evaluation and
determination of the system’s condition.
At the direction of the City Council, City Staff continues to work with the Ice Rink Operator and
the property owner regarding the status of the facility. The goals of the City and its Fire
Department are : 1) to ensure that the I ce Arena’s equipment and cooling system continue to
operate in a safe manner; and 2) in the event the Ice Arena is decommissioned, that process is
performed safely. The City is prepared to invoke whatever powers are necessary to ensure the
public’s health, safety, and welfare during this time of transition.
City Staff realizes that the community has questions regarding the property’s status and the
public’s safety. There are a number of issues that need to be addressed, along with decisions
made by the property owner and any new lessee. Throughout this process, the City and its Fire
Department are taking every step necessary to ensure the continued safety of the public.