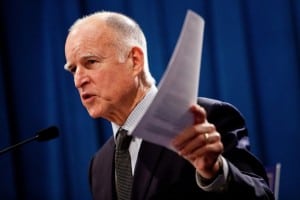 Governor Jerry Brown released his proposed 2014-2015 budget on January 9th. The budget reflects the Governor’s strategic plan to reduce California’s debt and long-term liabilities and place savings in the state’s “rainy day” fund. While an attempt to “achieve and maintain fiscal balance,” the budget does little to address the continuing inequities faced by California’s poorest communities that resulted from the recession and past cuts to programs. According to the Public Policy Institute of California, the official poverty rate in California reached 16.9% in 2011 after declining to a 20-year low of 12% in 2006. More than six million Californians live in households below the federal poverty level of about $23,500 for a family of four. Yet the budget continues to fund safety net programs at historically low levels, according to the California Budget Project’s Analysis of the Governor’s Proposed 2014-15 Budget.

California’s Rainy Day Fund will receive a down payment of $1.6 billion. The proposed budget also outlines a constitutional amendment that the Administration and Legislature want to place on the November 2014 ballot. This amendment would make changes to the fund including the size, how much deposits should be, and when withdrawals can be made or deposits delayed.
Human Service Programs such as CalWorks grants, SSI grants or Child Care see no funding changes even though a series of cuts were made in previous years. The budget does recommend a few program changes:
➤ Creates a Parent/Child Engagement Demonstration Pilot to connect up to 2,000 CalWORKS families in 6 counties with licensed child care, work readiness activities, and enhanced parenting and life skills ($9.9 million in 2014-2015 and $115.4 million over 3 years).
➤ Increases funding to In Home Supportive Services due to larger caseloads ($2 billion). However, because of new regulations for overtime pay, the budget prohibits providers from working overtime and creates a provider back-up system for clients when their providers are reaching overtime status.

Healthcare Programs are primarily impacted by the full implementation of health reform. This year’s budget echoes last year’s with a few additions and adjustments:
➤ Moves forward with the Medi-Cal expansion including transferring savings resulting from healthcare reform for indigent healthcare from counties to the state.
➤ Provides a Medi-Cal wrap for pregnant women between 100% and 208% FPL who will receive comprehensive coverage through Covered California.
➤ Expands dental outreach activities to increase the number of children 0-3 who are utilizing Denti-Cal services and evaluates ways to improve the utilization and quality of children’s vision benefits. Funds for this project will be taken from the California Children and Families Commission (Prop 10) to match with federal dollars.
➤ Implements the 10% reduction to Medi-Cal provider payments enacted by Assembly Bill 97 for those who have not been exempted. However, the “retroactive recoupments” would be forgiven for certain providers.
➤ Per the 2013-2014 budget, Denti-Cal for adults will be reinstated beginning May 2014 to include preventative care, crowns, and full sets of dentures.
➤ Eliminates the Managed Risk Medical Board (MRMIB) and transfers the remaining programs–Access for Infants and Mothers, County Health Initiative Matching Fund Program and the Major Risk Medical Insurance Program–to the Department of Health Care Services starting July 1, 2014.
➤ Continues the Coordinated Care Initiative federal demonstration project known as Cal MediConnect in eight counties for those eligible for Medicare and Medi-Cal (dual eligibles).

For more info, go to chc-inc.org