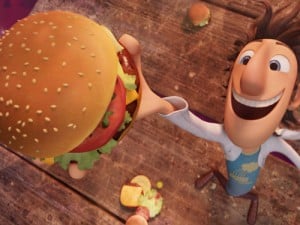 In a cost cutting move, Sony Pictures Imageworks is transferring a portion of the staff from its Los Angeles HQ to its studio in Vancouver, B.C., as employees in both locations are bracing for layoffs, according to Variety.

Sony declined to specify how many jobs would actually be relocated, but the number is likely around three dozen, mostly in software development, according to two insiders. The company is offering relocation expenses to the affected staff. Those who do not choose to relocate will likely lose their jobs.

“As part of this process, we are transitioning a percentage of our technology teams to our Vancouver, B.C. studio in order to provide greater support to our artist community and remain cost competitive,” Sony said in a statement issued exclusively to Variety. “Sony Pictures Imageworks is committed to our headquarters in Los Angeles and we have a healthy slate of projects through 2014 including Columbia Pictures’ The Amazing Spider-Man 2″ and Warner Bros.’ “Edge of Tomorrow.”

Imageworks brass told the staff about the plans at a meeting at its Los Angeles headquarters at 4:00 PST Tuesday.

An Imageworks employee who asked not to be named told Variety that staffers expect wider layoffs to come. Sony’s visual effects and animation studio has come under the microscope — along with other Sony divisions — as the company seeks to trim costs by $250 million. Bain & Co. was hired in Nov. 2013 to review all of Sony Entertainment. Sony’s statement that it is “committed” to its Culver City HQ is likely an effort to assuage concerns it might move most or all of its artists to Vancouver, as Digital Domain has said it will do.

Imageworks moved years ago from having a large permanent staff to a crew staffing model, where artists and technicians are hired on for the duration of a project, then let go. Therefore its staffing levels tend to fluctuate. It would be a simple matter for the company to wrap production on current projects and decline to staff up again. However a company spokesman indicated that in addition to the two titles mentioned in its statement, it does have other pictures on its slate.

Imageworks exclusively handles feature films, which puts it outside Sony Entertainment CEO’s plan to refocus the studio on television rather than features. When the unit launched, Imageworks’ business plan was to keep artists busy both on animation and visual effects, with animated features filling the gap between major vfx shows.

However Sony Pictures Animation’s releases such as “Surf’s Up” and “Cloudy With A Chance of Meatballs 2″ failed to be the big hits the studio had hoped for, so the animation side didn’t produce the necessary revenue to prop up visual effects, which is generally a low-margin business. Sony has no animated features in production now.

There has been a nascent movement to unionize animators at Imageworks as its staffers have become increasingly disenchanted with working conditions and the company’s personnel policies.