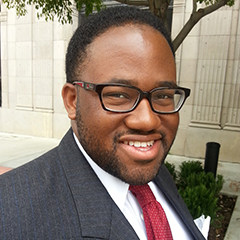 Assemblymember Sebastian Ridley-Thomas has been appointed by Assembly Speaker John A. Pérez to serve on the Assembly Standing Committees for Appropriations, Health, Public Safety, Rules and Public Employees Retirement and Social Security.

Assemblymember Ridley-Thomas said, “I’m excited to get down to work. My service on the Appropriations Committee will have me involved in nearly every bill that has a fiscal impact on my district and our state that moves through the Assembly. My assignment on Appropriations will enable me to advance initiatives for bond measures and alternative financing efforts that that can benefit Californians – such as our state’s veterans – and create jobs locally and statewide by helping provide support to worthy public works development projects that can put residents back to work.”

“I look forward to substantial work in the areas health and mental health as a member of the Assembly Health Committee as California continues to implement the federal Affordable Care Act (ACA), commonly referred to as ‘Obamacare.’ Covered California has already provided hundreds of thousands of California families and individuals with ACA access to health coverage they can afford and a menu of health insurance options they can choose from to ensure their continued health and prevent the prospect of paying catastrophic costs for medical treatment due to serious illness or injury,” Assemblymember Ridley-Thomas said.

“Ongoing issues related to our state prison population and the impact on our counties of our state’s prison inmate realignment program will remain a key issue for members of the Assembly Public Safety Committee. I look forward to adding my voice to the important public safety conversations, particularly as it relates to using our state’s public safety resources to find effective ways to keep young people out of correctional system and guided toward educational and job training opportunities that can offer our youth a promising future,” he said.