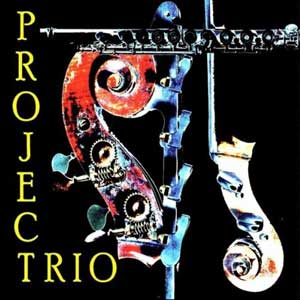 A free night of music and mingling featuring PROJECT Trio, the Brooklyn-based “high-octane” trio, is presented by Los Angeles Chamber Orchestra (LACO) for college students on Thursday, November 21, 2013, 7:30 pm, at Gallery of SPF:architects in Culver City. PROJECT Trio, a chamber music ensemble comprised of Peter Seymour, Greg Pattillo and Eric Stephenson, three virtuosic composers/performers, play selections from classical and hip-hop repertoire at the event. Following the performance, students are invited to meet and mingle with the artists.

PROJECT Trio is the education artists-in-residence for LACO, which offers a variety of options for college students between the ages of 17 and 30 including its $25 “Campus to Concert Hall” All Access Pass, which includes admission to all seven LACO Orchestral Series concerts in the 2013-14 season at the Alex Theatre in Glendale or UCLA’s Royce Hall; Discover Beethoven’s Eroica at Ambassador Auditorium in Pasadena; all three 2013-14 season Westside Connections concerts at The Ann and Jerry Moss Theater in Santa Monica; a free reception with musicians at a LACO rehearsal; LACO after-parties to enjoy with friends and musicians; and advance reservation privileges and an option to reserve up to 3 additional tickets at $10 each for college friends (valid college ID required). LACO’s “Campus to Concert Hall” is in its third consecutive year.

Gallery of SPF:architects is located at 8609 Washington Blvd., Culver City, CA 90232. The event is free, but reservations are required. Respond to [email protected] or call 213 622 7001 x 210. To reserve your space for the free PROJECT Trio concert, visit www.facebook.com/LAChamberOrchestra. More information on the All Access Pass, available at laco.org/college.

LOS ANGELES CHAMBER ORCHESTRA (LACO), proclaimed “America’s finest chamber orchestra” by Public Radio International, has established itself among the world’s top musical ensembles. Since 1997, LACO has performed under the baton of acclaimed conductor and pianist Jeffrey Kahane, hailed by critics as “visionary” and “a conductor of uncommon intellect, insight and musical integrity” with “undeniable charisma.” Under Kahane’s leadership, the Orchestra maintains its status as a preeminent interpreter of historical masterworks and a champion of contemporary composers. During its 45-year history, the Orchestra has made 31 recordings, toured Europe, South America and Japan, performed across North America and garnered eight ASCAP Awards for Adventurous Programming. Headquartered in downtown Los Angeles, LACO presents its Orchestral Series at Glendale’s Alex Theatre and UCLA’s Royce Hall; Baroque Conversations at downtown Los Angeles’ Zipper Concert Hall; Westside Connections chamber music series, designed to illustrate the relationship between music and other artistic disciplines, at the Moss Theater in Santa Monica; and an annual Discover concert, which features an in-depth examination that sheds new light on a single piece of music, at Pasadena’s Ambassador Auditorium. LACO also presents a Concert Gala, an annual Silent Film screening and several fundraising salons each year. Additionally, LACO outreach programs Meet the Music, Community Partners, Campus to Concert Hall and the LACO/USC Thornton Strings Mentorship Program reach thousands of young people annually, nurturing future musicians and composers as well as inspiring a love of classical music.

PROJECT Trio is taking chamber music to a whole new level. Greg Pattillo, flute, Eric Stephenson, cello, and Peter Seymour, bass, are pushing the boundaries of classical music with a high-octane mix of jazz, hip-hop and rock. The Trio performs to enthusiastic audiences of all ages in concert halls, clubs and classrooms around the world. Downbeat Magazine praises PROJECT Trio as “packed with musicianship, joy, and surprise,” while The Wall Street Journal hails the group’s “wide appeal, subversive humor and first-rate playing.” Now in its sixth year, the Trio is drawing new audiences to classical music and reinvigorating existing fans of chamber music through their innovative performances, recordings, and their YouTube channel, which has over 71 million views and 78,000 subscribers, making PROJECT Trio one of the most watched instrumental ensembles on the Internet. In 2012, as part of a three-year residency, PROJECT Trio performed its first concert as Los Angeles Chamber Orchestra education artists-in-residence. Highlights of the Trio’s 2012-13 season include concerts with the Los Angeles Chamber Orchestra; Charlotte, Milwaukee, New Jersey and Walla Walla symphonies; the Britt Festival; and the opening concerts of the Chicago Sinfonietta. PROJECT Trio was selected by the US Department of State’s Bureau of Educational and Cultural Affairs, in partnership with American Voices, for its 2012-13 season of American Music Abroad, to present original American music through public concerts, master classes, workshops, jam sessions with local musicians and media outreach throughout the former Soviet Union. Other international engagements include a second tour of Germany and a performance with the Neubrandenburg Philharmonic. The Trio also performs and leads master classes in schools, universities, festivals and other venues throughout the US. Based in Brooklyn, New York, Pattillo, Stephenson and Seymour met while students at the prestigious Cleveland Institute of Music. Reaching out to audiences of all ages through the Internet, live performances and recordings, PROJECT Trio has since become one of the world’s most championed and exciting instrumental ensembles.