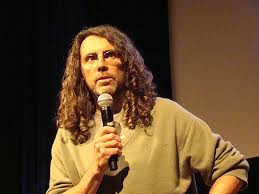 “It’s the action, not the fruit of the action, that’s important. You have to do the right thing. It may not be in your power, may not be in your time, that there’ll be any fruit. But that doesn’t mean you stop doing the right thing. You may never know what results come from your action. But if you do nothing, there will be no result.” ~Mahatma Gandhi

Saturday, October 19, at 1 pm  join Shadyac at Agape International Spiritual Center for the Spiritual Cinema Screening of I AM the Documentary.

I AM opens with Shadyac talking about his own personal struggles before and after a pivotal bike accident, which left him with a concussion. According to Bridgitte Jackson-Buckley at the Examiner, Shadyac opted to explore the continued imbalance he felt between where he was in life and where he wanted to be; this propelled him to shift his focus from a comedic director to one that asks the deeper questions about life:

The documentary sets out to explore the notion of why our economy and way of life are based on selfish materialism that actually goes against our true nature, which is to co-operate and unite. These questions inadvertently lead to even more questions, but also highlight the fact that our first step to solving any problem always starts within.

Tom Shadyac is the film director of Ace Ventura: Pet Detective, The Nutty Professor, Liar, Liar, Patch Adams and (my favorite) Bruce Almighty. In addition to film and documentary debuts, Shadyac is also the author of the New York Times bestseller Life’s Operating Manual: With the Fear and Truth Dialogues
Offered on a donation basis, Agape International Spiritual Center, located at 5700 Buckingham Parkway in Culver City will screen I AM at 1:00pm followed by a live Q&A and book signing with writer/director Tom Shadyac.