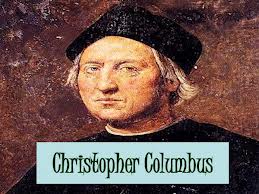 Every year about this time of year, near October 12th, I become aware of a deep sense of grief. The energy is palatable, thick in the air. On that day over 500 years ago, a man started a destructive path that we honor with Columbus Day.

Columbus Day is a day of mourning for Native people who call our home in this “new world”, Turtle Island. Columbus wasn’t the first European to come here and he wasn’t the last, but he launched an organized campaign of genocide, ethnic cleansing and slavery against the indigenous peoples of the “Americas”. His legacy is a legacy of death and destruction. During his invasion of what is now the Bahamas, Kiskeya (Haiti and the Dominican Republic), Cuba, Boriken (Puerto Rico), Xaymaca (Jamaica), his forces and the ones after him led a cruel and vicious military campaign against the Taino, Carib and Arawak nations. The Requiremento, official Spanish Crown and Church policy until 1556, states the penalties of defiance rather clearly.

I certify to you that, with the help of God, we shall powerfully enter into your country and shall make war against you in all ways and manners that we can, and shall subject you to the yoke and obedience of the Church and Their Highnesses. We shall take you and your wives and your children, and shall make slaves of them, and as such shall sell and dispose of them as Their Highnesses may command. And we shall take your goods, and shall do you all the mischief and damage that we can, as to vassals who do not obey and refuse to receive their lord and resist and contradict him.

These forces enslaved men, women and children to mine for gold, what little that could be found. If a person was not able to fulfill their quota, they were punished and ultimately killed by having their hands cut off.

A former conquistador and slave owner turned priest, Bartolomé de Las Casas, documented the genocide. One excerpt from his many writings:

The Spanish found pleasure in inventing all kids of odd cruelties, the more cruel the better, with which to spill human blood. They built a long gibbet, low enough for the toes to touch the ground and prevent strangling, and hanged thirteen (natives) at a time in honor of Christ Our Savior and the twelve Apostles. When the Indians were thus still alive and hanging, the Spaniards tested their strength and their blades against them, ripping them open with one blow and exposing entrails, and there were those who did worse. Then, straw was wrapped around their torn bodies and they were burned alive. One man caught two children about two years old, pierced their throats with a dagger, then hurled them down a precipice.

As with Columbus, thousands more like him came and continued this genocide. There was resistance, always resistance. The normally peaceful Taino fought back. When one of the Taino leaders Hatuey was captured during a battle, the Spanish tied him to a stake and prepared to burn him. A priest asked him to convert to Christianity to gain entrance into heaven. Hatuey asked, ‘Are there people like you in heaven?‘. When the priest answered ‘Yes, there are many’. Hatuey replied ‘he wanted nothing to do with a God that would allow such cruelty to be unleashed in his name. ‘ He was burned alive. The onslaught on the Taino continued, carried out by the protégés of Columbus; Diego Velásquez, Hernán Cortés and Juan Ponce de Leon. Millions perished, within decades, 95% of the indigenous population was gone from the aftermath of disease, war and slavery. Yet, the Taino people are still here.

Native people all across Turtle Island are still here. There needs to be a change in the way in which we view this day. This day symbolizes nothing more than celebrating a holocaust. It can no longer be celebrated as you could never celebrate any other genocidal monster in human history. This day should be a day of mourning, a day of healing, a day of reconciliation.

This destructive path, started by Columbus, was not the only way we could have interacted. There was another possibility. Embedded in the wampum of the Seven Fires Prophecy belt, woven centuries before Columbus, is the story of the Anishinabeg. I first saw this belt in 1995, presented by its keeper, Grandfather William Commanda of the Algonquin nation. This written version of the Seven Fires prophecy based on oral tradition speaks about the seven prophets who came to the people and talked about the future. The fourth prophet came as two prophets and they foretold of the arrival of the Europeans. One prophet said during this time of the fourth fire:

“You will know the future of our people by what the light-skinned race wears. If they come wearing the face of brotherhood, then there will come a time of wonderful change for generations to come. They will bring new knowledge and articles that can be joined with the knowledge of this country. In this way, two nations will join to make a mighty nation. This new nation will be joined by two more so that the four will form the mightiest nation of all. You will know the face of the brotherhood if the Light-Skinned Race comes carrying no weapons, if they come only bearing knowledge and a handshake.”

The other prophet said:

“Beware if the light-skinned race comes wearing the face of death. You must be careful because the face of brotherhood and the face of death look very much alike. If they come carrying a weapon, … beware! If they come in suffering, they could fool you. Their hearts could be filled with greed for the riches of this land. If they are indeed your brothers, let them prove it. Do not accept them in total trust. You shall know that the face they wear is the one of death if the rivers run with poison and fish become unfit to eat. You shall know them by these many things.”

We know the path of death was taken. Now we have the chance to change. Instead of celebrating this man and his “discovery”, we can start by acknowledging the true legacy of Columbus. We can be solemn and mindful, we can begin to heal and atone, we can begin to reconcile, we can share our new vision of the world we wish to create for the future generations of our peoples. Many positive things have developed over the past five hundred and twenty one years, but we need to realize and acknowledge at what price this came. Then we shall be able to heal our nations and walk a path of peace. It is our choice to walk this new path. It’s time to form that mighty nation spoken about in the Seven Fires prophecy.

Scott Kecken is a teacher and filmmaker. He has been working in entertainment and education for the past 20 years. Scott film credits include his own award-winning short narratives (Lousville, Woman Hollering Creek) and documentaries (We Are Arabbers, Medicine Path) as well as television (The Wire). He has worked as both faculty and staff at colleges and universities across the country specializing in film, video, multimedia and anthropology. From 1995 to 1996, Scott walked with the Sunbow 5:Walk for the Earth from the Atlantic to Pacific. The Native led walk delivered the message of the Seven Fires prophecy to communities across the country. He can be reached at [email protected].