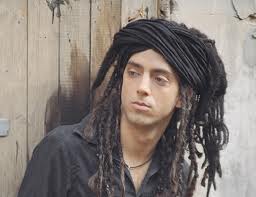 What better inspiration for my column, where The Arts is often my topic of choice, than a concert by world music star Idan Raichel at UCLA’s Royce Hall last night? I’ve loved the Idan Raichel Project for most of the ten years the band has been around, but it has taken them this ten years to become as renowned as they are. I saw the eponymous leader three times before here already; twice at free concerts and once as back up for a supposedly bigger singer -India Arie -I didn’t know her, okay, now I do.

This time, he brought all of his main singers and many (as he told us, not all 95 of them) band members, playing every instrument imaginable, from middle eastern instruments like the bazookie to trumpets and trombones, and every instrument had a featured spot at some point.

In my circle of folk dance friends, we have known of this artist for many years. In Israel, they have choreographed a dance to almost every one of the groups’ songs. The songs, although mostly in Hebrew, the country where the group began as a garage band, are in large percentage sung in other languages, such as Amharic, Arabic, Moroccan, Spanish, German or Portuguese. Listening, you realize that while the music is so enjoyable, you can’t always sing along. What can you do? You can dance to it, relax, dream (a favorite lyric used is the Hebrew word “chalomot,” which means “dreams”) and enjoy the distinctive instruments and voices.

The relatively new musical genre of “world music” which is considered to be non-Western traditional music. It may be from one or more often so-called “third world” countries. Idan Raichel’s music, however, is a piece of peace in the Middle East. Still, in 55 years, I have never felt more comfortable as a Jew in the United States as when, in the comfort of my alma mater UCLA’s Royce Hall, Idan Raichel told us a story about “New Year’s” with the explanation, “I mean, ‘our’ New Year, the Jewish New Year this past September…”

The stage was a feast of sound and light and song and dance and costume and joy. Every seat was filled until people streamed into the aisles to dance, until the artist had to tell us to go back to our seats for security reasons. The concert was supposed to last an hour and a half, it lasted over two hours. Above all, Idan Raichel is an expert in customer service.

The students in my classroom were asked, at the beginning of the school year, to write about their best Language Arts or Arts experience. Many of them wrote about “Music.” I’ve been to enjoyable, even great, concerts before (namely, a couple of Sting concerts I’ve attended), but I’ve never before experienced such a personal, almost interactive, group unifying experience.

Like Idan Raichel on Facebook. He speaks directly to his fans, tells you when and where his next concerts will be, occasionally posts videos of his performances. You can also look up his songs on YouTube; occasionally there will be some people dancing…you might even see me in the crowd sometime, dancing to his music.