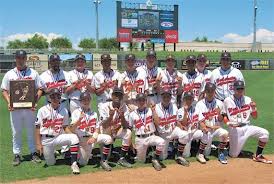 Blaze Pizza, which opened this week, was recently featured on Good Morning America. Blaze features a wide array of quality pizzas at a freakishly fast speed (120 seconds for fast-fired pizza). Come on out on Monday to meet the players and coaching staff, and even have a photo taken with the World Series Championship Trophy.

Blaze Pizza is located at 4114 Sepulveda Boulevard in the new Culver Crossroads Center on the corner of Washington Boulevard and Sepulveda.