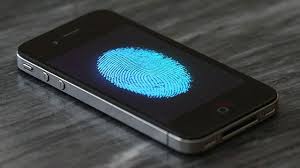 What would you do?

Recently my wife, R, returned from a yoga class at the Culver-Palms YMCA, came home and noticed she didn’t have her brand new iPhone 5. Its value $500+ . Although troubled, she began to retrace her day in her mind. Meanwhile I got out my iPhone, hit the ‘Find my iPhone’ app and turned it on.

Amazing technology- The app almost immediately indicated that the phone was back at the Culver Y. We returned there together and searched around with the help of the staff. The Find app indicated that the phone was in (or near) the very building we stood in. We opened drawers, inspected under weight machines with no luck. Frustrated, we turned on the app again. Now R’s phone appeared to be at the 405 freeway. Was the GPS working or not? We thanked the folks at the Y and returned home; turned on the app again. Lo and behold the iPhone was now apparently in a building near Venice Boulevard, still in Culver City. It had been tracked from the Y, via freeway and into someone’s house- and we had the address. Someone had taken the phone from the Y while we were searching for it.

Next step? Go over and knock on the door? This responsible senior called the Culver police. I spoke to an interested desk officer. I gave him the information we had gathered. He told me that I would be contacted later tonight or tomorrow. The next day I went to the station with print outs which traced the movements of the phone and attempts by someone to get its password. The iCloud gives all of this!

The desk officer was impressed again by the technology. I was warned that the case had gone to detectives who have more significant responsibilities. I understood that but I asked for an honest answer? Would the case be checked out? Would I hear from someone? One day? Two days? So now on day 4 ponder my next step. We called again about the case number. “Its been placed in the files”, we are told.

“Go over and knock on the door” or “Wait for the police to do their job” What would you do?

My question, ‘What would you do? ‘ was posted on Facebook, where I received numerous suggestions, some helpful.

I did visit the place where the ‘Find my iPhone ‘ app suggested the phone  might have been taken. I didn’t get beaten up- No one was home. I returned to the Culver Police station several times. Nice officers said ‘They would get to it,” and the case was ‘In the files.’

Finally I was contacted by an interested police captain who informed me that the police had visited the house in question early on. No phone. He was truly concerned about a society in which a senior citizen could have property lost/ taken/ stolen from a community center.

The iPhone was not retrieved. Nevertheless Rebecca and I do appreciate the kind support we received from so many in the community, including the CCPD.