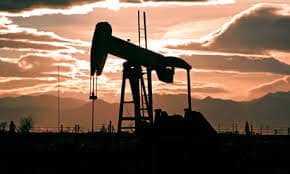 The environmental risks of fracking, or fracturing underground rock formations to reach oil reserves, are too great and should be banned, two Los Angeles City Council members said Wednesday.

According to Catherine Saillant at the Los Angeles Times, oil companies in recent years have used fracking in the Inglewood Oil Field between Baldwin Hills and Century City to extract hard-to-reach oil from idled wells. The technique involves injecting water mixed with chemicals into wells to break apart shale formations that cover pockets of oil or natural gas. Opponents contend, however, that it is hazardous to the water supply.

Councilman Paul Koretz called it and a related method that dissolves underground rocks using acid and water “extreme methods of extraction” that can’t be safely regulated. With oil companies gearing up to expand fracking activities across the state, it’s time for Los Angeles to ban it altogether, he said.

“If a group of people poisoned millions of gallons of California’s water while no one was looking we would label it terrorism and call out the troops,” Koretz said at a morning news conference announcing the moratorium plans. “Yet that’s what’s happening with fracking right now in California.”

Koretz and Councilman Mike Bonin introduced a proposal that would outlaw fracking and related methods such as “acidizing” by changing the city’s zoning laws. The measure was referred to the council’s Planning and Land Use Management Committee for review and public hearings.

Anti-fracking activists say chemicals such as benzene and hydrochloric acid used in fracking and acidization are harmful to public health. Oil companies voluntarily post online the chemicals being used. The companies say they support sensible regulations, but not an outright ban on a practice that they say has been in use for decades without incident.

“Fracking has been going on since the Truman administration,” said Dave Quast, California director of Energy in Depth, an education and research arm of the petroleum industry. “In California’s it been since the 1950s.”

Because of California’s geology, the technique isn’t as common as it is on the East Coast, where it’s used heavily to extract natural gas, he said. Last year, about 25% of the state’s active wells used fracking to extract mainly crude oil, Quast said. According to U.S. Department of Energy estimates, California has about 15 billion barrels of untapped oil.

While Quast acknowledged that the chemicals used in so-called well stimulation techniques can be hazardous, he said they were well regulated and used in small quantities. During fracking, water and sand make up 99.5% of the mixture blasted into a well, with the rest made of up chemical additives, he said.

“Everyone is aware of what the chemicals are,” he said, referring to the online posting. “There is a process by which if someone was harmed, there would be a way to mitigate the harm.”

Attempts to regulate fracking at the state level have been controversial. Four bills to ban the practice have failed and a current attempt to impose stricter regulations introduced by Sen. Fran Pavley (D-Agoura Hills) faces an uphill battle.

Angela Johnson Meszaros, who spoke at the news conference as general counsel for the Los Angeles chapter of Physicians for Social Responsibility, said the potential health consequences are undeniable. She called the techniques “threats that are completely unacceptable.”

“Here we are risking people’s health and safety in order to extract oil which we know will cause nothing but harm to health and to our environment.”