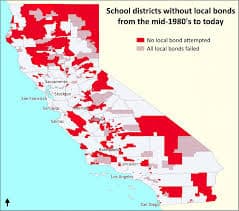 For the inside scoop on Sacramento, Scott Lay of the Nooner is the ideal legislative blogger; daily, detailed and definitive.  The Sacramento Bee, our capital’s paper of note, uses a board to write their editorials, so that there’s no one name to applaud (or boo) if readers feel otherwise…

So when Lay wrote “While the Community College League of California would not be directly affected by SB 594, I have co-signed a coalition letter against SB 594 because I think it will chill speech and make passing school bonds much more difficult,” I had to look deeper.

SB 594 is one of those legislative viruses than have mutated from it’s point of origin so  much that it’s almost a whole other bill. Entitled ‘Use of Public Resources,’ it originally aimed to keep an eye on non-profit organizations contributing to political campaigns. It has been re-written by every committee it’s passed through, and the SacBee Editorial Board thinks that it now offers more harm than good.

From the editorial – “The League of California Cities, the California State Association of Counties and other similar local government nonprofits undoubtedly wield serious power in the Capitol, and sometimes they have abused it. Yet lawmakers would be unwise to act this session on a gut-and-amend bill that is purportedly aimed at making these groups more transparent. The bill in question, SB 594, started out as legislation by Senate President Pro Tem Darrell Steinberg, but was amended and completely changed by its new author, Sen. Jerry Hill. The clear intent of the bill, pushed by an odd-couple alliance of firefighters and the Howard Jarvis Taxpayers Association, is to limit the ability of the league, CSAC and similar groups to engage in ballot advocacy.”

Lawmakers have good reason for supporting this cause. For purely self-serving reasons, the league and other groups were able to sell voters on Proposition 22, a 2010 ballot measure that prevents the Legislature from raiding the funds of redevelopment agencies. Lawmakers were so angry by this power play that they, with Gov. Jerry Brown’s help, decided to eliminate redevelopment agencies altogether.

We have, in Culver City, noticed this pretty vividly. There has rarely been a public meeting or event that has not mourned the loss of redevelopment funds since last February. To say that this bit of governance has affected our policies is understatement.

The Nooner noted that a similar gut and amend – SB 202 in 2011- writing “This legislation should be opposed both because of the egregious gut and amend job, but even more so because the idea of manipulating the election process to produce desired election outcomes, while Machiavellian, is immoral — it’s just wrong.”

Go to thenextgeneration.org/blog/post/prop39-school-bonds for more info in regard to the graphic on school bonds.

Bonds are how schools are built and maintained. If SB 594 makes it that much more challenging, how much farther down can California slide on the national educational standard?