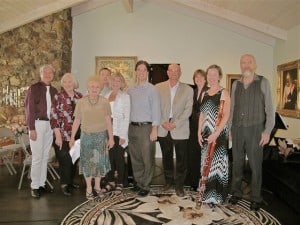 On Saturday, August 24, 2013, NACUSA (the National Association of Composers USA) held a concert of new music. Founded by Henry Hadley in 1933, NACSA is one of the oldest organizations devoted to the promotion and performance of American concert hall music. Many of America’s most distinguished composers have been among its members. Each work was unique and well received, reflecting the diversity of composers in Southern California.

The concert was in a private home in the Marycrest section of Culver City.

The program listed by composer, their composition and then the performers: