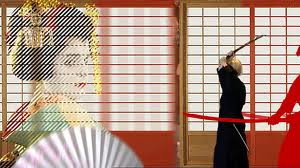 I’ve been asked through my life: “why Japan?” It took me ten years to get to Japan after I became interested in Japan, at the age of ten.

In 1968, there was a unit on Japan taught by my 4th grade teacher, Miss Gardenschwartz, who later became Mrs. Ogawa. These days, 4th graders build 3D models of the California Missions; I got to build a 3D model of a Japanese house and garden. I remember researching it, making it, exactly how it looked, and even where in that particular classroom my project was placed, and where the bungalow was situated on the campus of Mar Vista Elementary school. When I’ve been asked (many times) what teachers had influenced me, I never thought to answer “Miss Gardenschwartz,” until now.

I had to get through another couple of years of elementary school, junior high – as it was called in those days – high school, and my first two years at UCLA before I set foot in Japan for the first time in July 1978, for a junior year abroad, as part of the UC System’s Education Abroad Program. When I think how traumatic it has been to see off my son to college in San Francisco, I can’t even imagine my over-protective mother having waved goodbye to me at 19. I have had many, many wonderful experiences in my life since then, however, and nothing has shaped me as significantly as that year abroad program. It solidified my prior two and a half years of Japanese language study, and set me on the way to be the Japanologist I am today.

In December of 1988, I came back to Los Angeles after nearly a decade in Japan, where I’d become the wife of a Japanese PhD (organic) chemist, and started my career in the travel business. I lived in Tokyo and traveled frequently to the Kansai area (Kyoto-Osaka-Kobe), where my husband’s family resided. I took on leadership roles with an organization called the “Association of Foreign Wives of Japanese,” and eventually became active at the Jewish Community Center of Tokyo. When you are married to a first-born Japanese son, you come as close to “turning Japanese,” as a gaijin (foreigner) might. And, when you’ve become fluent in Japanese, you begin to have to take on more of the responsibilities of this highly structured society. I was homesick. I’d grown apart from my husband. I decided to reinvent myself in 1989.

The reinventing kicked off with me joining Weight Watchers and losing almost 50 pounds. I finally lived alone, for the first time, at 30 years of age. I had a great time being still young enough, thin, and single, but it only lasted three years. The proverbial biological time clock had kicked in. I married a second husband and produced my two wonderful sons. And what of Japan? It became, during the 90’s, the defining and differentiating element of my work life. First, I earned the opportunity to manage the downtown Los Angeles travel office of American Express. This was still the heyday of “Japan as Number One.” Japanese banks and business names graced the marquees of downtown LA, and I developed this and other clientele. For three years in a row, my office was one of the top ten most profitable travel service offices in American Express’ U.S. retail travel network. They packed me back off to Japan to run the retail travel division of the company there. I eventually came back, and started working for American Tours International, where I was Director of Japan and Asia travel for five years. I finished out this first career working for the well-known Japanese travel company, H.I.S., first as a full-time as Director of Reservations through 1999, and then from part-time to consultant, while I raised my two young sons.

The events following September 11th caused me to re-think my future. To this day, the attack, more than technological advances that people often cite, changed the travel industry forever. I thought about how I could parlay my Japanese language skills into anther career, especially as I was greeting the next decade’s life change of a second divorce. On October 6th 2001, I took what is called the “CBEST,” the first step for anyone thinking about a career in teaching. At Pepperdine University, I received a Masters Degree and California state credentials to teach both Japanese and English, which I have done and do to this day.

Through these years, I have also worked as a Japanese-English translator and interpreter for various public and private organizations, including the California State Unemployment Appeals Board. I travel to Japan every other year or so. I possess a library of books about Japan, and teach not ony Japanese language, but Japanese culture, to kids and adults of all ages. When I thought about becoming a writer, I thought that the obvious topic for any book I would write would be Japan, but I was daunted by all of the other literature abounding on the subject. So, when I was asked to write for Culver City Crossroads, I have attempted to weave in my musings about Japan and the Japanese into some of my articles. This is my first attempt to describe or, maybe more accurately, transcribe, my relationship with Japan over the course of my life. I’m not as unique these days, as I was back in the 70’s, but those of us non-Japanese with a strong interest in the culture still form a close-knit fraternity.