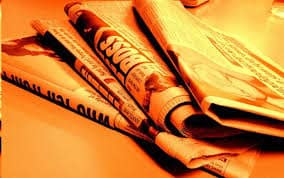 As the great Molly Ivins once advised “Never take a vacation in August.” The news business might seem to be slow, but there’s always at least one good story around. For Culver City, it’s the news about the news business. Patch is just about over, and the Culver City News has fired another editor.

While we need to remember that these are just the most recent symptoms, the cause of all the changes in the news business come down to the essential problem- people feel that news should be free. This deprives the news business of what any business needs to stay alive- profits. It also deprives news of the capital required to do the job of covering the news.  People then cite the lack of quality as a reason not to pay for the service. It’s a deep, downward spiral.

Culver City Patch, which was just recently merged with Mar Vista Patch, may soon be a memory. Tim Armstrong, AOL’s brains behind the whole Patch operation, still can not admit that it just doesn’t work. After years of steady losses in the $100-million-plus category, AOL is closing two thirds of their sites, asking their people to do more work for less pay (yet again) and waiting for those mythical advertisers to show up. While the numbers are inconsistent (some sources say 300 sites will remain, some say 400) they are looking to ‘partner’ those remaining sites with other media entities. They are not using the term “partner” like a good romance, more of a shotgun wedding. If they can even find a bride, and they need one with a substantial dowry.

CC Patch came in about the same time as the Fresh and Easy grocery chain, and often left me with the same feeling; good stuff, but so devoid of connection it felt empty. Some who followed the Twitter feed complained that the headline often contained more information than the rest of the story. The cops laughed at how inaccurate the crime stories were. Listening to a dispatch radio is like eavesdropping; a few bits of unverified information is not journalism. Even having a parent company that could afford to lose a few hundred million dollars still wasn’t enough to work out the lumps.

It’s hard to walk in the door and be local. You have to be local for a while before you really get the hang of it.

Then again, some never do.

The Culver City News has (surprise!) fired another editor. Lori did good work, and no one who has not sat at that desk can truly appreciate the challenges she had to work with. The company that owns the CC News seems to like to fire the editor during the ramp-up to local elections, making sure that whoever is the next Professor of Dark Arts will have almost no time to get introduced or connected, leaving them without a drop of influence on the local voters. Considering that this is one of the main reasons people read local news in the first place – to track local politics – I can only assume they are determined to lose the slender audience they still have.

While Lynne Bronstein has long been the only reason to pick up the Observer, there’s a fresh rumor in the air that she may be headed for greener pastures soon, leaving that paper with nothing but their famous weekly ad for Sorrento’s. It might be gratuitous to point out, but that’s not a newspaper – that’s an advertising flyer.

The people who only read news printed on paper are an almost extinct species.

So, online local news post-Patch leaves the FrontPage as the go-to tabloid, and Culver City Times for gallery openings and guessing games.

And, if Culver City Crossroads could get even a quarter of it’s regular readers to subscribe, it would have a budget to cover news on a daily basis. The belief that news is free defeats the perspective of news.

As Ivins said about August, “Just because people are a little grumpy from the heat is no reason not to relish the confusion.”